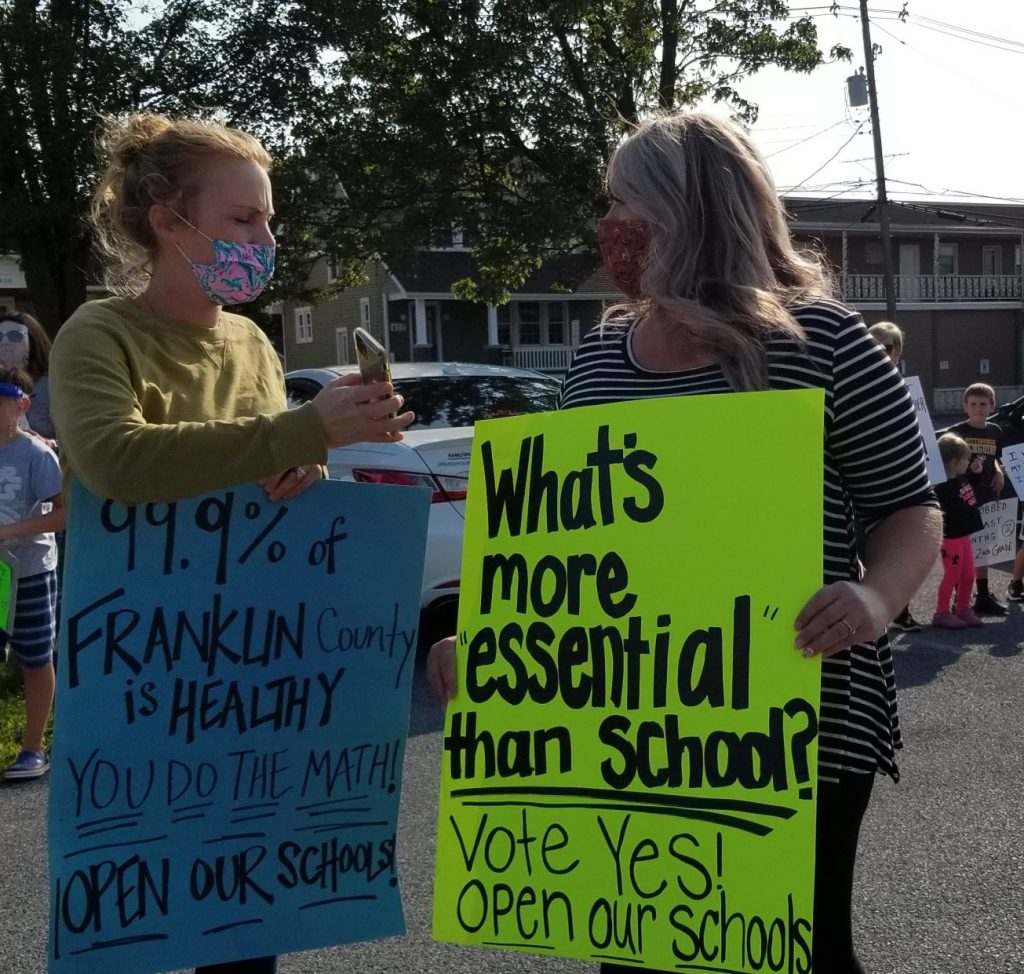 PSBA has broken ties with the national school board organization over that association’s letter accusing some parents of terrorism.

The Pennsylvania School Boards Association voted this week to sever ties with its national parent organization over a letter the latter sent to the White House likening some parents’ behavior to “domestic terrorism.”

In an internal memo sent to membership and shared with The Center Square early Friday, PSBA describes the letter from the National School Board Association as the “final straw” in a series of conflicts that have been brewing for years.

“This misguided approach has made our work and that of many school boards more difficult,” the organization said in the memo. “It has fomented more disputes and cast partisanship on our work on behalf of school directors; when we seek to find common ground and support all school directors in their work, no matter their politics.”

PSBA represents about 4,500 elected school board members across all 500 districts. Its governing board reached the decision this week after “significant deliberations and discussion with management and counsel.”

The letter, sent to President Joe Biden on Sept. 29, seeks federal intervention to stop “threats and acts of violence” against children, teachers and local school board members as opposition to mask mandates, COVID-19 testing and vaccines grows more vitriolic by the day.

“As these acts of malice, violence, and threats against public school officials have increased, the classification of these heinous actions could be the equivalent to a form of domestic terrorism and hate crimes,” the NSBA said in the letter.

The organization asked for the departments of Justice, Homeland Security and Education, as well as the FBI, to provide assistance to districts as they assess existing threat levels. The letter also calls for monitoring by the U.S. Postal Service to intercept “bullying” letters.

While PSBA said its “abhors” and opposes the threats made against school board members across the country, asking for the federal government to step in “is not the place to begin, nor a model for promoting greater civility and respect for the democratic process.”

The NSBA represents more than 90,000 elected school board officials across 14,000 districts nationwide. PSBA said it has grown harder to justify its NSBA membership in recent years. NSBA “is not focused on bipartisanship, civility and seeking solutions to the internal problems that have plagued the national organization for so long,” the state organization said

From financial and pension issues to a “never-ending disagreement” about governance models and membership definitions, PSBA said the problems have “only become more and more entrenched despite recurring promises for action.”

The Center Square reached out to NSBA for comment but did not receive an immediate response.

Pennsylvania hasn’t escaped the, at times, tense discourse around COVID-19 mitigation policies. Last month, school officials told the Senate Education Committee they have witnessed an exodus of stressed out board members as the state has given ineffective guidance on how to enforce the mitigation policies it mandates, like universal masking.

“We as school administrators have been put in a position to absorb everything that politics creates and it is breaking the will of decent, loving people,” said Barry Fillman, director of Jefferson County-Dubois Area Vocational-Technical School. “They [parents] cannot get at you to air their grievances. They come to us.”