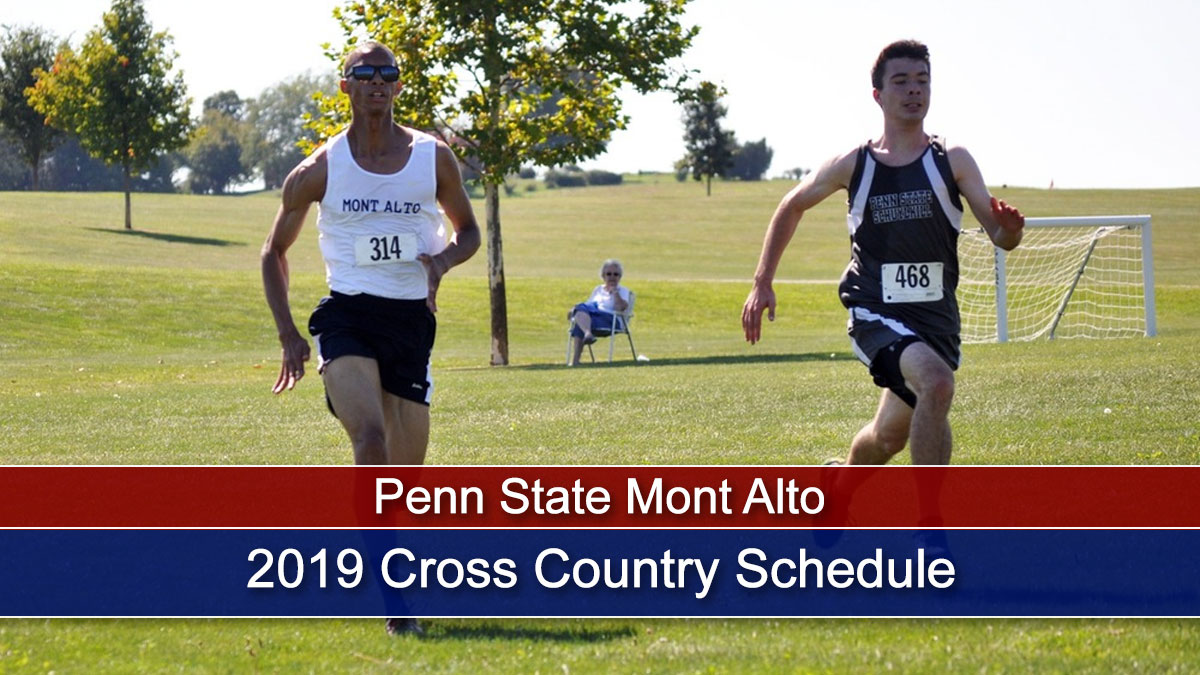 MONT ALTO – First-year head coach Kevin Geesaman of Penn State Mont Alto’s men’s and women’s cross country programs unveiled the slate of competitions for the 2019 season on Thursday. The Nittany Lions will take part in six competitions, including a pair of meets at nearby Norlo Park.

Mont Alto will open the 2019 season on Friday, September 6, when they run under the lights at the Galen Piper Alumni Open/Shippensburg XC Challenge. The team will then return to action a week later competing in the Lancaster Bible Charger Invitational on Saturday, September 14.

PSUMA will host the Mont Alto Invitational on Saturday, September 21. The races will certainly prove to be a preview of the PSUAC Championships/Invitational with the women’s race starting at 11 a.m. followed by the men’s 8K race at 11:45 a.m.

The Nittany Lions final two regular-season races will be on October 5 at the Goucher College Cross Country Classic, and then Saturday, October 19 at the Hood College Invitational in Fredrick, Md.

The USCAA National Championships are set to take place on Friday, November 9 with female runners competing in a 6K at 9:30 a.m. and male runners challenging each other in an 8K race at 10:30 a.m.