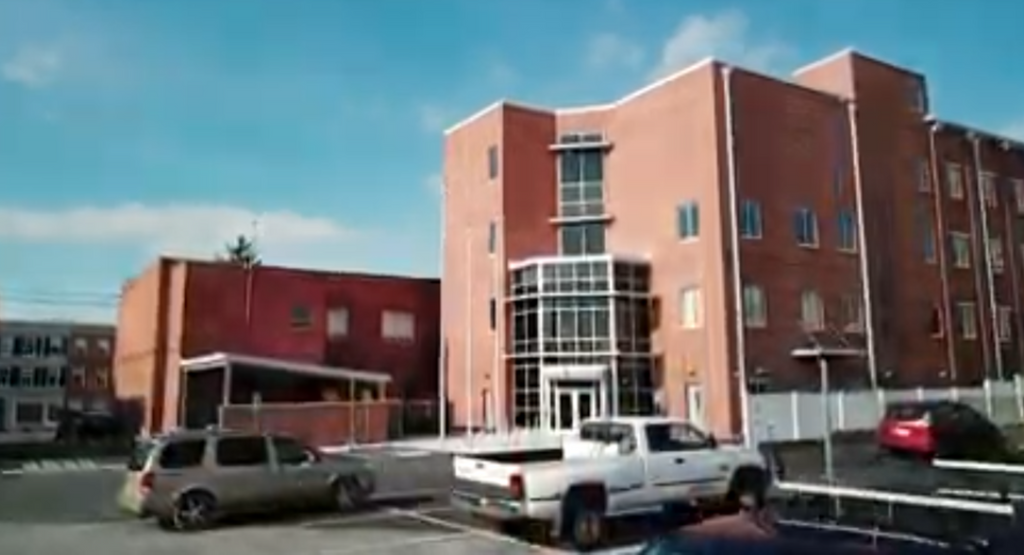 A public hearing is set Monday to get input on Chambersburg’s plans to use almost $8 million in 2021 American Rescue Plan Act funding.

Chambersburg has developed a list of eight projects proposed for its share of the ARPA funding. Those range from reimbursing local businesses for licenses to providing low income residents with extra heating assistance to sewer and water improvements. The most costly item on the list is the purchase of a shopping mall.

A public hearing at 7 p.m. Monday will help town council put finishing touches on its plan to spend its funding from the American Rescue Plan Act of 2021.

That plan includes the purchase of Southgate Shopping Center for $4,151,857 in what borough officials hope will jump start redevelopment of the aging and blighted shopping center. (See details at the bottom of this story)

It also includes almost $1 million for the purchase and hopefully demolition of an aging and abandoned cold storage facility on South Fourth Street. The property will become the future home of the borough’s public works facility. (See details at the bottom of this story)

A public hearing takes place at 7 p.m. Monday in Council Chambers on the First Floor of the Utility Departments Addition to Borough Hall, 100 South Second Street.

The Federal government is seeking ‘Transformational Projects’ under the 2021 plan. Those projects should provide support to the Borough in responding to the impact of the COVID-19 pandemic. That includes Town Council’s efforts to address its economic fallout, and to lay the foundation for a strong and equitable recovery.

Strict rules are attached to the use of the money, borough officials say.

The U.S. Department of the Treasury has a general, two-part eligibility test for uses of the funds, according to Solicitor Sam Wiser.

The borough had to first consider whether an economic harm exists. That harm also must have been caused or made worse by the COVID-19 public health emergency. The use of the money must address this economic harm, he said.

Then there those “Qualified Census Tracts.” They are areas where at least 50% of the households have an income less than 60% of the “Area Median Gross Income.” That income is determined by the U.S. Department of Housing and Urban Development.

The Borough received an allocation of $7,763,037, according to Deputy Borough Manager Phil Wolgemuth. Chambersburg has received half of that from the U.S. Treasury Department already.

Prohibited uses under the guidelines include: Principal or interest payments on existing debt, replenishing or creating reserve funds, paying settlements or judgments, or extraordinary payments to pension obligations.

The deadline for using the grant funds is 2026. The borough must file quarterly progress reports.

The borough worked with the council Finance Committee to develop the proposed project list, using the federal guidelines. With the list, they came up with a series of 10 Council-established criteria for use of the money, according to Borough Manager Jeff Stonehill.

The next step is Monday’s public hearing. Residents can ask questions and comment on the various aspects of the plan.

Address questions or comments to Phil Wolgemuth, Deputy Borough Manager, at 717-251-2436 or at this email.

The Chambersburg Water and Sewer Department will purchase the old abandoned cold storage building on South Fourth Street. If approved, demolition of the derelict and blighted structure is planned. The land will could be incorporated into the new site of the Borough’s future public works facility. The ARPA grant will provide sufficient funding to secure the building, plan for and perhaps help pay for its demolition, and clearing of the site. The location may also figure into plans for future storm water facilities to alleviate chronic and repeated flooding on South Fourth Street. The site may also provide a part of a future pedestrian trailhead connected to the Borough’s Rail Trail, which now terminates at South Main Street.

In a transformational project, the Borough of Chambersburg will make significant and long-term capital improvements to a variety of sites impacted by flooding, or water quality issues, and previously identified in the Borough’s approved Chesapeake Bay Pollutant Reduction Plan. As many as five to seven different storm water projects may be improved by these funds. including, but not limited to:

These capital improvements may each be supplemented with matching funds from other stormwater grant programs. The borough has to make such improvements over the next few years. Designating this funding will help bring these important projects to reality and meet the Borough’s compliance with the terms of the Pennsylvania Department of Environmental Protection permits for the storm sewer system (MS4).

In a transformational project, the Borough, in collaboration with the Elm Street Advisory Council (ESAC) and the Chambersburg Area Municipal Authority, is embarking on a proposed long-term initiative to reclaim and redevelop the Southgate Shopping Center into a mixed-use residential neighborhood. The idea is to pay respect to families displaced in 1962, when the shopping center was built. The idea is to create a new sustainable neighborhood that promotes a mixture of uses to include housing, employment, retail and business services into the Elm Street Neighborhood. The Elm Street Neighborhood’s ongoing involvement in the Southgate redevelopment process is vitally important to the success of this community development initiative.

Details are available at the Southgate Shopping Center Initiative website.

The ARPA funding would provide seed money for property acquisition and begin the redevelopment process.