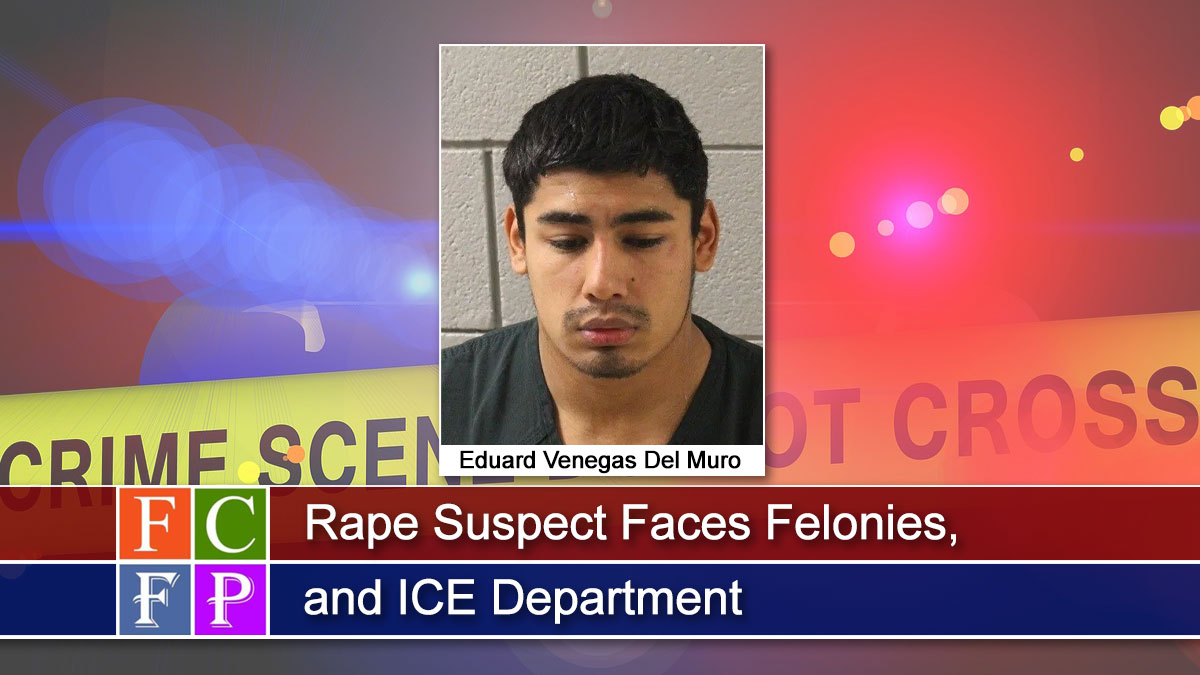 GETTYSBURG, PA (Sept. 19, 2019) — A 22-year-old man accused of beating, choking and raping a woman Wednesday at a location in Adams County is in custody today.

Charges against Venegas Del Muro include:

According to police, Venegas Del Muro met the victim, a 22-year-old York Springs woman, on the social media dating app Tinder. They agreed to meet in person.

Police said the rape happened after the man repeatedly struck the woman, then choked her until she was unconscious. After raping the woman, he fled the scene, according to police.

Venegas Del Muro is also being held on an ICE detainer. Such a detainer, issued by the US Immigration and Customs Enforcement Agency, usually indicates a person is suspected of being in the country illegally.

Lost Your Pot? Claim It at CPD