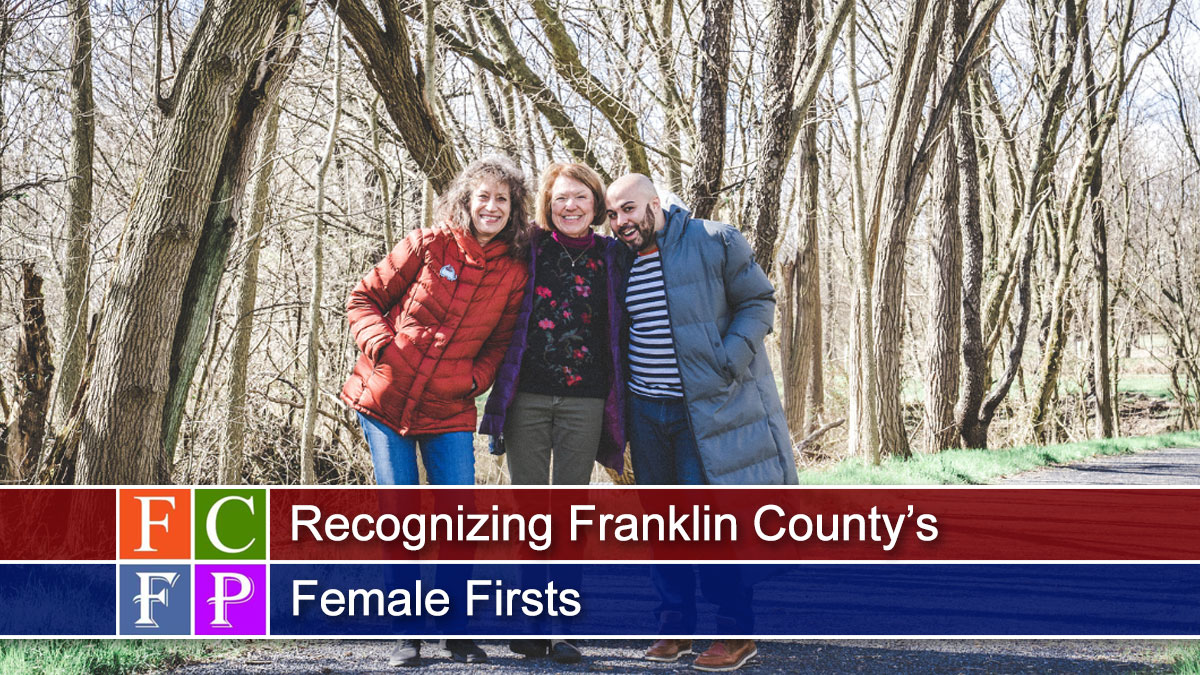 That gallery and the women’s stories are part of a fundraising public art exhibit at Coyle Free Library opening Friday. The exhibit shines a light on Women’s History Month in March, according to organizers.

“I wanted to create something that focuses on and celebrates the achievements of women in Franklin County as female leaders making a positive impact on the community,” Whitley said.

The project includes community leaders such as Chambersburg Borough Council President Alice Elia and former Franklin Commissioner Cheryl Plummer, as well as leaders in the almost every segment of local society.

It features women who have all been glass ceiling breakers, carving their names into local history as the “first female” to achieve, be elected, or create something. Their “firsts” include heading government bodies, businesses, non-profits. They include leaders in the arts, music, theater and religion.

A 5:30 p.m. reception gives the public an opportunity to meet Whitley, Anderson and the women featured in the photographs.

Whitley hopes those who view the exhibit will be inspired as he was getting to know the women as he photographed them.

“I hope they see local women working wonders,” he said. “But most importantly, I hope seeing this kind of positive local representation creates a confidence and sense of pride for women of all ages who call Franklin County home.”

Donations supporting the exhibit will go toward books for the program’s participants and their mentors, as well as an ongoing “girl power” program at the county’s libraries.

Linda Osborn - April 4, 2020 0
Take a look back at Franklin County’s history through news and photos that appeared in local newspapers 25, 50, and 100 years ago on April 4th.