Repairs begin soon to Memorial Square in downtown Chambersburg, but the iconic fountain and its four sculped boys riding on dolphins won’t be back in residence in time for the community’s mid-winter Ice Fest celebration the end of this month.

Borough Council approved a contract this week with Art Research Enterprises Inc. of Lancaster for repair of the fountain and its boys to the tune of between $78,000 and $81,000. The restoration will take three to six months and the fountain components returned to the Square and reassembled.

The heavily damaged fountain has been wrapped in plastic since Dec. 2 when a drunk driver speeding down Lincoln Way ran through the curb barrier, hitting the two statues and fountain.

The driver, Gary W. Hummel, 40, Pottsville, faces drunk driving charges filed by Chambersburg last month. Those charges are still pending in Magisterial District Judge Glenn Manns court. PSP also charged him with a hit and run crash that happened just east of Chambersburg minutes before he hit the barrier at the fountain. His car went airborne and landed inside the fountain enclosure.

This isn’t the first time Art Research Inc. has repaired the fountain structure. The company specializes in restoration projects. They removed the structure and repaired and restored it twice in the past, in 1994 and 2015.

The crash displaced the basin parapet of the fountain. The impact of the crash severely damaged two of the sculpted “Boy with Dolphin” statues and their base elements. It also damaged the internal structure at the base and support 10-foot OD pipe. Other hidden damage could also need attention. That won’t be known until everything is removed and examined.

Structural repairs to the fountain will take place at the ART Research facility, including sculptural elements and welding any cracks. Repairs of the concrete fountain parapet wall will also take place there.

The job includes inspection of all damage to the structure from accident, plus repair of damaged sections of angle iron that is part of the internal structure. The crash damaged mold and bronze cast sculptural elements beyond repair. Repairs include inspection of plumbing internals and repair of the plumbing system.

A crane and a man lift will be on site to aid in the dismantling process. Conservators will unbolt the
elements and secure the straps to lower elements to ground level.

The strapped areas which come in contact with the lifting apparatus will get extra protection.
A cradle prefabricated and engineered to distribute weight properly form transportation will protect fountain elements during transport.

A professional fountain company will do the electrical and plumbing inside the fountain under a separate contract.
ART will supervise their work and choose a reputable company that has previously been involved in such projects. Chambersburg’s maintenance department will do the exterior electrical and plumbing work. The cost of that is not part of the preliminary estimate, Stonehill said.

The final cost is currently unknown and will depend on the extent of hidden damage to the fountain and its underlying structure. Chambersburg taxpayers won’t have to pay for it, however. It is insured, Stonehill said. The insurance company — Penn National — will pick up the cost and the try to recover that from Hummel’s car insurance.

The time frame for the repair and restoration ranges from 3-6 months.

While Ice Fest visitors won’t be awed by the elaborate downtown attraction, it should be back in place for crowds coming to town for summer festivals, including visitors to the annual ChambersFest. 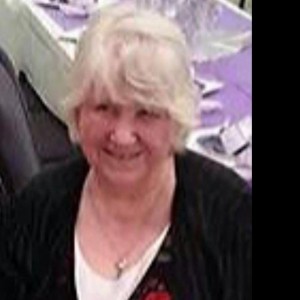