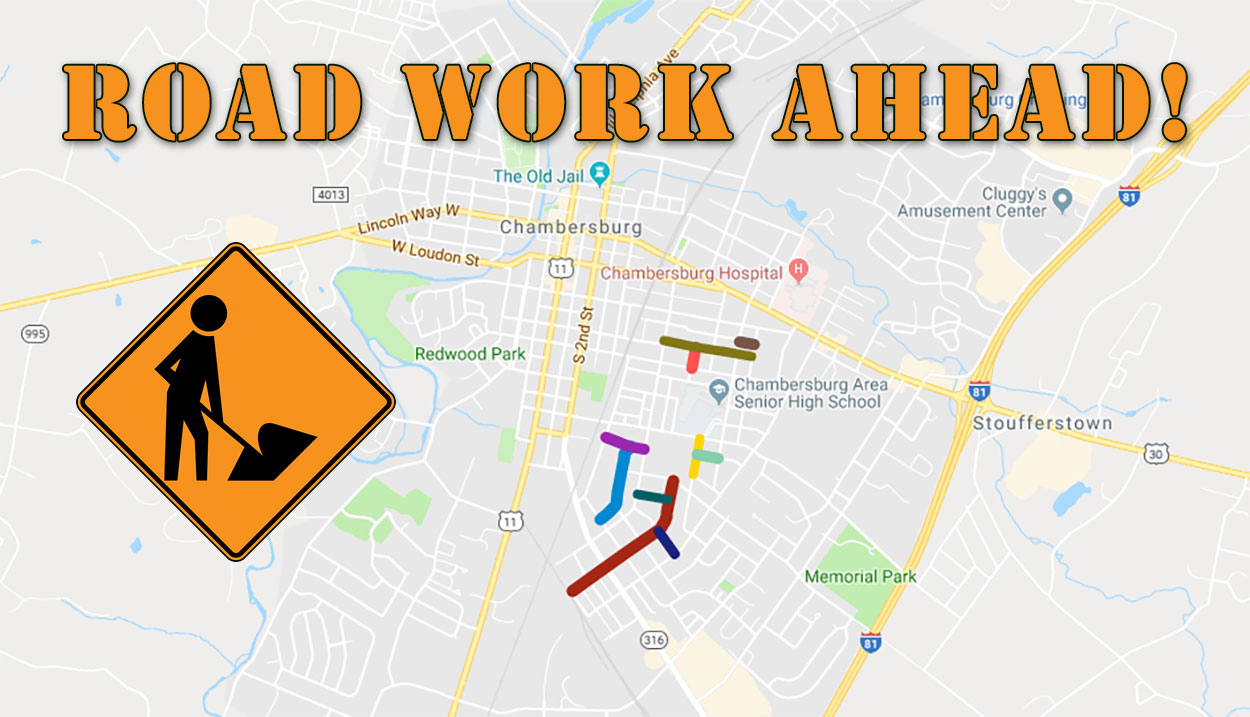 CHAMBERSBURG — Local residents can expect some detours around town this summer with major road work expected on ten roads.

Several of those roads will get full depth reclamation, while others will be resurfaced and one will be completely rebuilt.

The road work is expected to take place this summer and completed by the end of August.

Scheduled for full depth reclamation are the following streets:

Streets to be resurfaced with a mill and overlay include:

The second phase of the Elder Street Improvements Project will get underway this summer also.

Phase I of the project to completely reconstruct Elder Street was finished last year at a cost of $485,823.89

Located in the Fourth Ward, Elder Street is in a low to moderate income neighborhood, qualifying it for special funding.

The project, which will vastly improve Elder Street public improvements and the surrounding neighborhood, has been financially supported by Town Council through the Community Development Block Grant program.

It includes installation of new storm sewer system, curbs, sidewalks with ADA curb ramps and reconstruction of the street.

All existing Elder Street public improvements are in extremely poor condition, including an incomplete curb and sidewalk network.

A phased approach was approved by Council to fund and complete the project.

Most of the curb and storm sewer system improvements were done in the first phase last year.

This summer curb, some sidewalks and storm sewers will be put in and the road will be completely reconstructed.

Bids for Phase 2 will be opened April 25. A contract is expected to be awarded April 29.

A third phase next year will include completion of sidewalks along Elder Street.

James Powell is County’s Employee of the Month for February