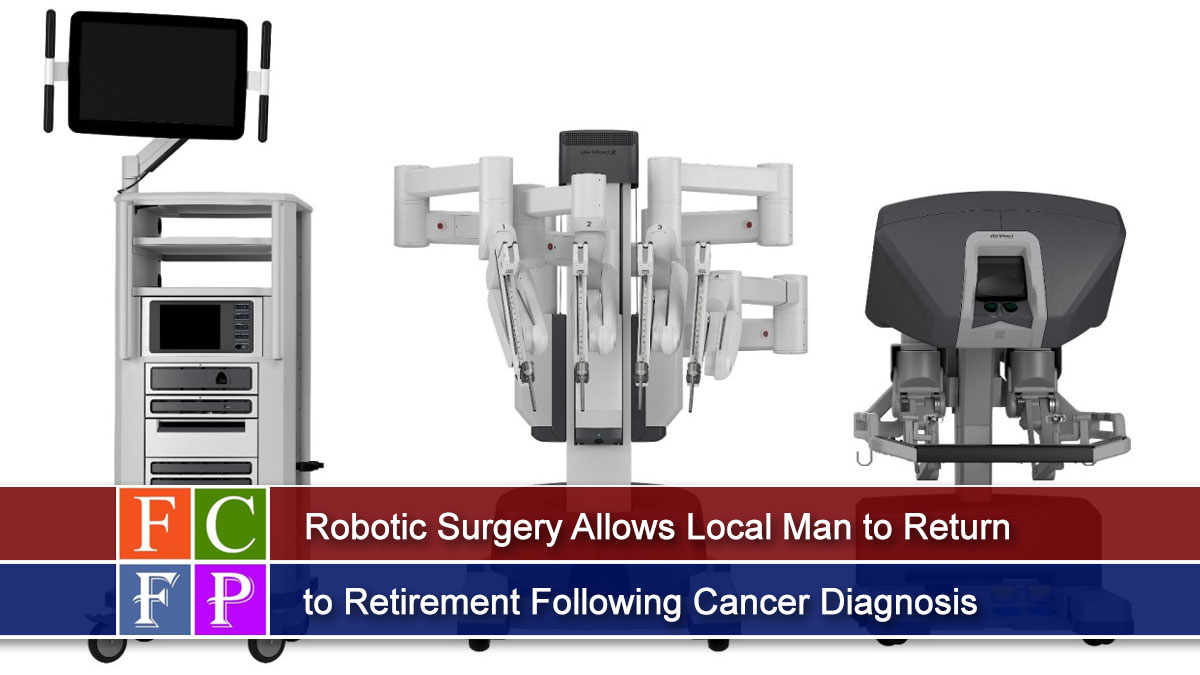 CHAMBERSBURG (Sept. 19, 2019) – Larry Mellott doesn’t let much stop him from enjoying his retirement.  A mechanic all his life, Mellott now spends free time helping at his buddy’s butcher shop, or outdoors hunting and fishing. In 2016, however, a prostate cancer diagnosis threatened his active lifestyle.

“Cancer runs in my family, so I knew to be proactive in this situation,” said Mellott.

The 71-year-old Chambersburg native first visited WellSpan Urology after an exam with his primary care provider. He had been experiencing some concerning symptoms and knew it was time to seek help.

“I liked Dr. Behari right off the bat; I could tell from the very first meeting that he cared about me.”

Under the care of Dr. Behari, Mellott chose to have his prostate removed with robotic-assisted surgery and the DaVinci Surgical System.

“I had heard robotic surgery was less invasive, I would heal quicker and have a smaller scar.”

After just two days in the hospital and three to four months of rest at home, Mellott says he was back to running around again, cancer-free. He follows up with Dr. Behari every few months. He said being proactive helped him.

“I would tell anyone to get checked if something doesn’t seem right, and don’t wait,” said Mellott. “If I had to do this again or had a friend that needed it, I’d send them to Dr. Behari, no questions asked.  He is a fine surgeon.”

Prostate cancer is the second most common cancer in American men, according to the Centers for Disease Control and Prevention. Some men have no symptoms. Others experience:

Born during a COVID-19 pandemic

Lunches for Kids During COVID-1 Crisis