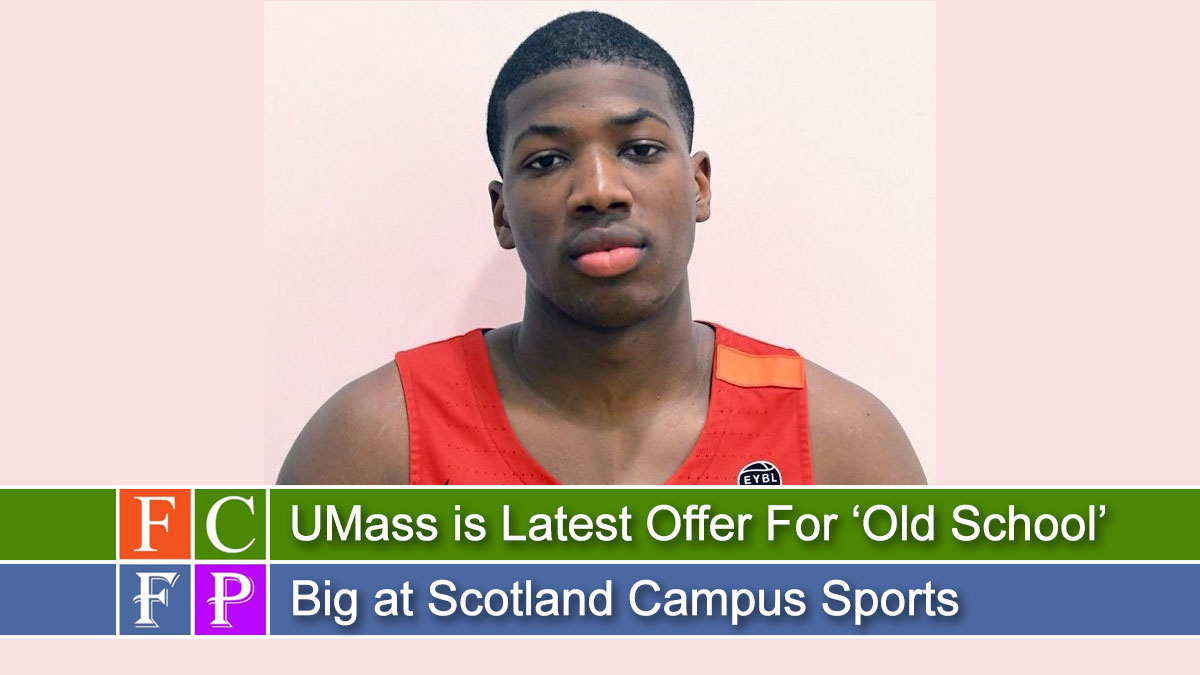 The Class of 2020 prospect was a veritable walking double double this season. He averaged 15 points and a GAC conference-best 10 rebounds for the 40-4 Knights.

The Brooklyn native spent a post-grad year at Scotland Campus following his senior year at Putnam Science (CT). He bolstered his recruitment value considerably since de-committing from Cleveland State and spending the year honing his skills at SC.

Scotland ended the 2019-20 campaign with a GAC championship victory in a 101-69 trouncing of The Patrick School (NJ). The win earned the team a berth in the Prep National Championship.

UMass, Rhode Island, Texas A & M, North Texas, St. Louis, Ohio, Toledo, Fordham and others are all currently vying for the services of Ousmane.

The Coronavirus pandemic has impacted the NCAA and student-athlete’s nationwide by not permitting coaches to travel or host on-campus visits. But it has done nothing to stall those in hot pursuit of Ousmane.

The latest is UMass, which projects potential in the advantage Ousmane’s size and skill set provides in the post.

Playing with the grit and savvy of a 1990s NBA Center, Ousmane is a rare traditional big man with his refined back to the rim game.

He evolved into the focal point rapidly, scoring 27 points and tearing down 19 rebounds during SC’s win over Keba Prep (Ohio).

During the stretch run, Ousmane erupted for 32 points and 22 rebounds during the win over The Patrick School (NJ)’s post grad National Team.

“I’m very proud of the development Abou has made–on the court, in the weight room, and as a person,” head coach Chris Chaney said.

“He was very well liked as a teammate. His progression from day one to now as an overall player and person is unreal.”

Chaney said the adjustments Ousmane has made throughout his maturation process have maximized his unique upside.

“He has a very bright future ahead of him. He‘s learned to not just be a scorer and a rebounder, but more importantly learned the everyday habits of doing the right things on a daily basis. I have coached several NBA bigs and if Abou continues his desire to be the best and outworks the competition, nothing would surprise me down the road.”

Possessing a feathery baby hook, a short-range jumper, and an arsenal of post moves, Ousmane has appealing attributes with his offensive repertoire.

January 26, 2020
Thanks for subscribing! Please check your email for further instructions.