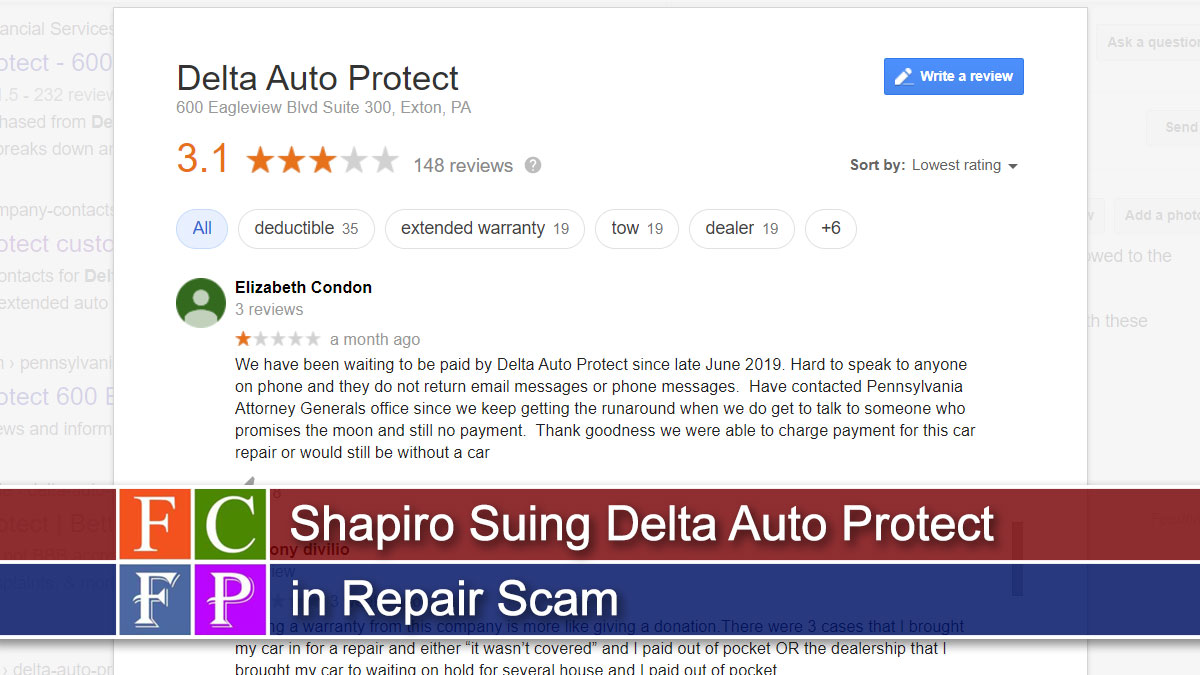 The lawsuit alleges the company advertises and sells vehicle service and repair contracts to consumers in multiple states from a virtual office in Exton but refuses to honor the contracts it sells. It also alleges that after accepting payment from consumers, the company refuses to cover the necessary repairs promised under contract.

“Many customers of Delta Auto Protect of Exton have complained to my Office, and they’re not happy,” AG Shapiro said. “From phone calls to emails and letters, consumers have let us know how unresponsive this defendant has been to them. This rude and illegal treatment of customers is unwarranted. We are listening, and we are taking action to get their money back.”

The Attorney General said he wants restitution for Delta customers who:

He also seeks restitution for repair shops that didn’t get paid.

The lawsuit says Delta advertised “24/7 customer service” to entice sales. But when consumers and repair shops called about missing payments, the company dodged them, re-routed their calls or left them endlessly “on hold.” They also failed to return messages.

In some instances, Delta placed a condition on payment requiring a consumer to remove their negative reviews of the company. Multiple consumer complaints allege the company failed to pay refunds for contract cancellations.

“I’ve been calling this company almost every week for the past year and it has failed to pay for the repairs on my car,” said Carolyn Ames, a customer from Germansville, Lehigh County. “Delta is impossible to reach. If I do get through they hang up and they never return my calls. I’m so glad to know Attorney General Shapiro is standing up for consumers like me and is taking action to get my money back.”

Staff Report - April 7, 2020 0
John is remembered as a generous, hardworking father as well as a devoted husband who loved spending time with his grandchildren. His steady presence and strong will were an inspiration to all who knew him.