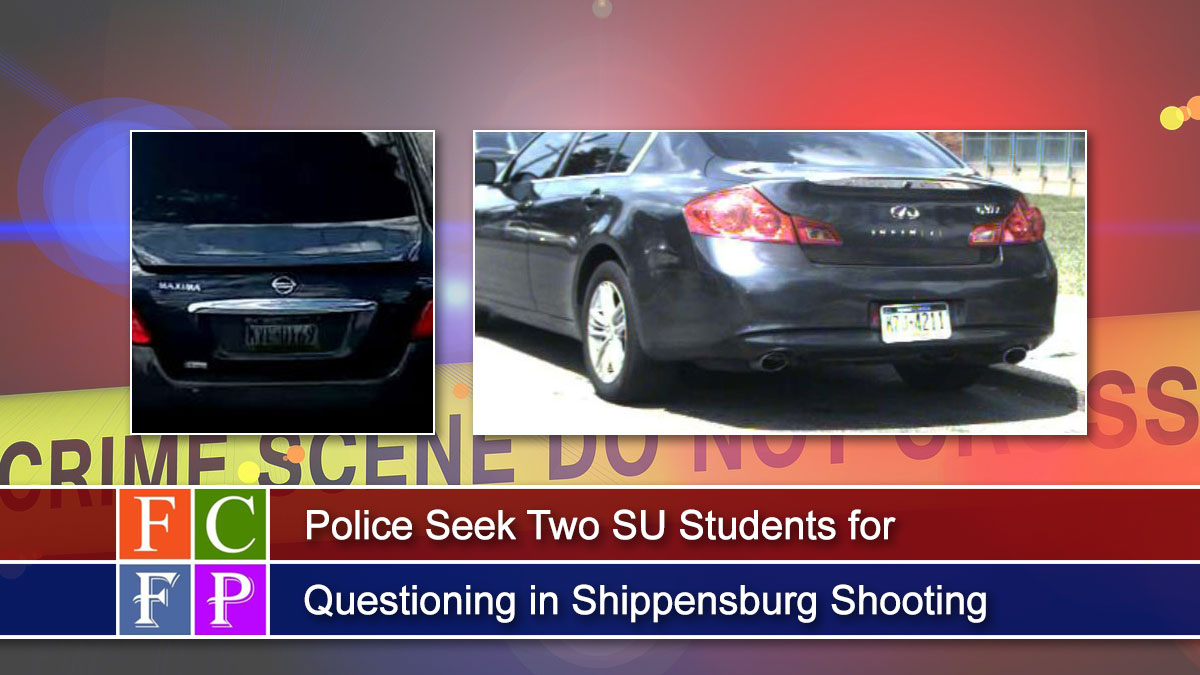 SHIPPENSBURG (Oct. 7, 2019) — Shippensburg University canceled classes and activities today in the wake of an off-campus shooting last night that left one man dead and another critically injured.

Pennsylvania State Police are looking for two SU students as “persons of interest” in the shooting, however.

Police stopped short of calling SU students Quentin Eric Furlow Jr., 20, and Clayton Steve Wilson, 20, suspects, using the “persons of interest” phrase instead. Both are also from Philadelphia. Both are business majors at the university. Nether showed up for morning classes prior to the mid-morning cancellation of classes.

Class Cancellations ‘an Abundance of Caution’

SU’s administration decided to cancel today’s classes “based on recent information in the ongoing homicide investigation, in an abundance of caution,” according to a notice posted on the SU website this morning.

The notice said although the university hasn’t received information that the shooter or shooters are close to campus, state police describe them as armed and dangerous.

“We recognize there is an increased level of anxiety,” the notice said. “The university is taking this action in the best interest of students, faculty and staff.”

The shooting happened at 7:55 p.m. Sunday on Rotz Ave, behind the 200 Block of High St., Shippensburg Township, Cumberland County.

Police responding to the 911 call found Myers already dead at the scene from a gunshot wound. Stevenson was alive but badly injured. A Life Lion helicopter used an area behind the university’s Seth Grove Stadium to pick up Stevenson.

He was airlifted to Geisinger Holy Spirit Hospital in Camp Hill, where he is listed in critical condition, according to police.