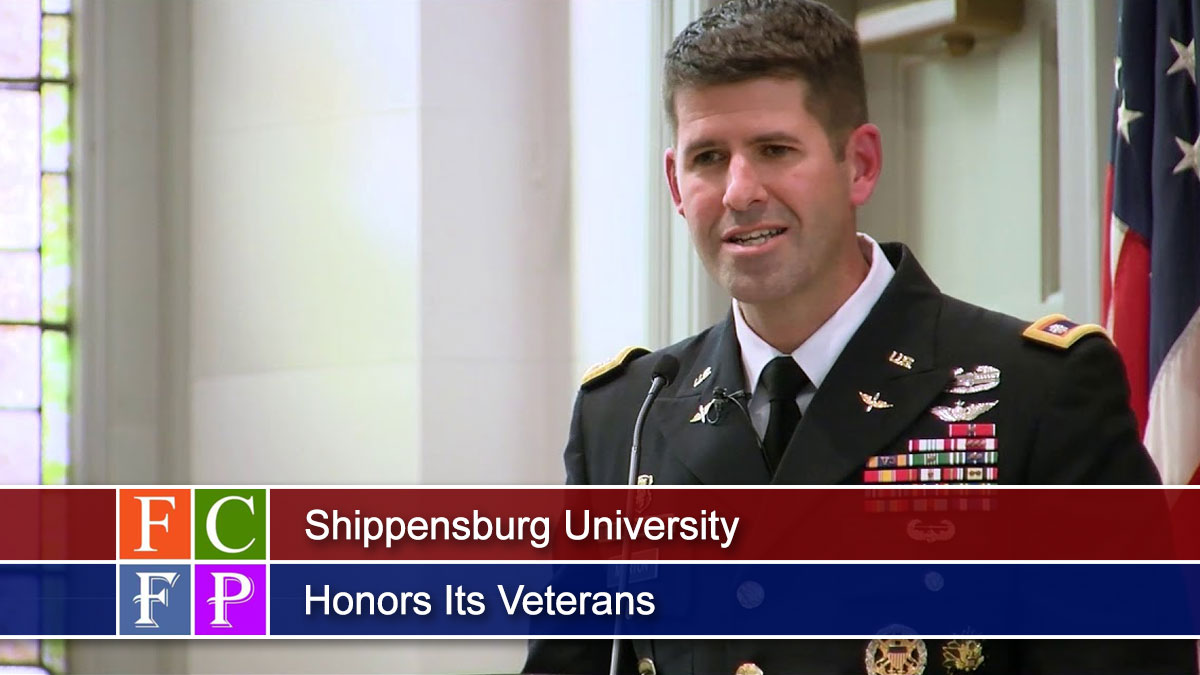 The Shippensburg University community joined together on Veterans Day to honor the service and sacrifices of America’s military.

The Veterans Day ceremony brought together the Shippensburg community on a day dedicated to men and women who risked their lives to keep the nation free and safe.

Speaker Lt. Col. Christopher Morton, professor of military science at SU, focused on understanding what makes a U.S. veteran. He pointed out that those who enlist in the military come from every walk of life. He said the term ‘veteran’ refers not only to the ones who have died or retired but active members, as well.

“We come from every racial and ethnic group – every stratum of socioeconomic class – every religion – and from any other group you could possibly cleave out of American society,” he said. ”And it should be this way.  America’s Army should look like the country she serves.”

Morton addressed some common misconceptions about American military members, saying veterans are not broken and should be proud of their service.

“I urge the Veterans in the room to be proud of your military and combat service. Not for what you experienced – but rather for strength and resilience that can emerge from struggle. For the growth that comes from difficulty,” he said.

Morton ended the ceremony by recognizing Rachael Rudis for her dedication to raising awareness about the American military and providing care packages to troops overseas. Rudis is a senior History Education major in the Wood Honors College.

Vicky Taylor - May 31, 2020 0
The lobby, where borough residents can pay utility bills and ask questions about their accounts, has been closed since March. The side drive-up window has been open for bill paying, even when the lobby was closed.