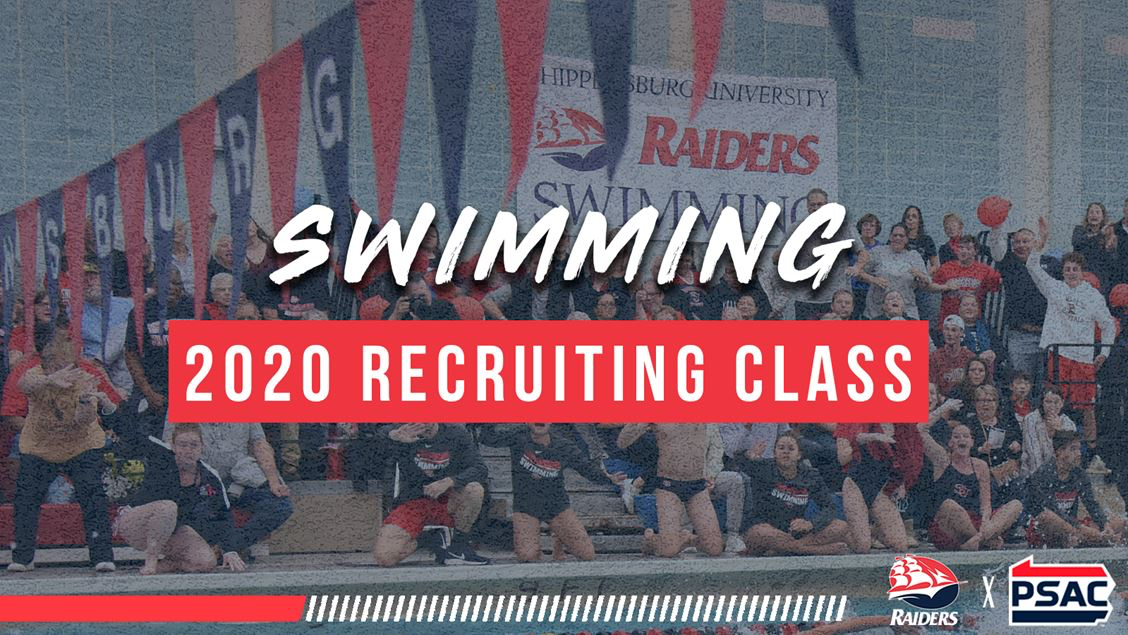 Shippensburg University head swimming coach Tim Verge has confirmed the recruitment of 11 student-athletes who have each agreed to attend the university and will suit up for the Raider program when preseason camp gets underway in August 2020.

“What a wonderful class this has turned out to be,” Verge said. “I couldn’t be more excited to get going with these young women and men.”

Verge added: “This group brings a lot of talent to SHIP Swimming. They have had a lot of success and understand what it takes to get positive results. The most important aspect is they all seem to have great character and are wonderful people. I really enjoy them.”

These individuals have signed either national letters of intent (NLIs) or institutional letters expressing their desire to play swimming at Shippensburg. This year’s recruiting class features seven women and four men. Seven of the 11 recruits are from Pennsylvania, while two hail from Virginia, one from Delaware, and one from Maryland.

“This class also has a strong track record in academics, will help us to maintain our tradition of being one of the top academic teams in the country year in and year out,” Verge said. “We can’t wait to have them on campus in the fall and look forward to giving them a phenomenal SHIP experience.”

Appoquinimink High School: Totaled four varsity letters for the Jaguars under coach Caitlyn Connor…competed at the club level for Greater Newark Boys and Girls Club for coach Diana Stambaugh…collected 15 career medals at conference championships and five medals at the Delaware State Championships…set a conference championship record with a relay…classified as a four-time All-Conference First Team performer…earned All-State Second Team honors in 2018 and All-State honorable mention as a junior and senior…ranked among the Top 30 students in her graduating class…was a member of the National Honor Society and a four-year honor roll student.

About Bittner: Full name is Marissa Ashley Bittner…is the daughter of Todd and Kerry Bittner…has a brother, Zach.

Penn Cambria High School: Totaled four varsity letters for the Panthers under coach Ben Watt…competed at the club level for Blair Regional YMCA under coach Tom Grassadonia…finished as a PIAA ‘AA’ District VI Championships Top 3 place-winner in all four of her seasons…set school records in four individual events and with three relays, including top times in the 100-yard butterfly, 100-yard freestyle, 100-yard breaststroke and 200-yard IM…completed her career as a four-time Central/West Aquatics Athletic Conference (CWAAC) First Team All Star and with four selections to the Altoona Mirror First Team All-Star squad…qualified for the AMS USA Swimming Junior Olympics and for YMCA States…served as the treasurer of her senior class, the president of the Spanish Club and as an executive on the Student Council…was an honor-roll student and a member of the National Honor Society.

About Dzurko: Full name is Madison Virginia Dzurko…is the daughter of Tim and Tina Dzurko…has a brother, Rocco.

Brandywine Heights High School: Totaled four varsity levels for the Bullets…competed at the club level for Boyertown YMCA…finished as a three-time PIAA State Championships qualifier and a four-time PIAA District III Championships qualifier…won the 2020 PIAA District III championship in the 200-yard IM…earned All-State honorable mention in the 200-yard freestyle as a junior…qualified for YMCA Nationals…was a member of the National Honor Society and the Spanish National Honor Society.

About Hersh: Full name is Michaela Beth Hersh…is the daughter of Michael and Michele Hersh.

Penn Manor High School: Totaled four varsity letters for the Comets under coach Eric Urban…competed at the club level for Marauder Swim Club under coach Matt Hershok…specialized in distance events, including the 500-yard freestyle…competed in the district championships as a senior and was a four-time Lancaster-Lebanon (LL) League Championships competitor.

About Kendig: Full name is Jordyn Brianne Kendig…is the daughter of Brandon and Catherine Kendig.

Liberty High School: Totaled four varsity letters for the Hurricanes under head coach Reik Foust…competed at the club level for Bethlehem YMCA under coach Evan Kocon…won the PIAA ‘AAA’ District XI Championship in the 100-yard backstroke and placed among the Top 20 competitors at the PIAA State Championships with a school record…finished as a two-time Top 3 district place-winner in the 100-yard backstroke…ranked among the top 20 students in a graduating class of more than 600…was an honor-roll student…also earned multiple varsity letters in field hockey and softball…named a national Scholar of Distinction in field hockey.

About Taylor: Full name is Samantha Michelle Taylor…is the daughter of Jim and Donna Taylor…has a sister, Sydney.

Penn-Trafford High School: Totaled four varsity letters for the Warriors under head coach Dave Babik…competed at the club level for Penn-Trafford Aqua Club under Babik…finished as a three-time WPIAL Championships qualifier in the 500-yard freestyle and a two-time qualifier in the 200-yard IM…won a WCCA championship in the 500-yard freestyle as a junior…recorded three Top 5 finishes in the 500-yard freestyle and two third-place finishes in the 200-yard IM at the WCCA Championships…named her school’s 2018-19 Most Improved Swimmer…served as a team captain as a junior and senior…was a four-year honor roll student and a member of the National Honor Society…ranked among the Top 20 in a graduating class of more than 300 students.

About Tomb: Full name is Alyssa Jean Tomb…is the daughter of Hugh and Sharon Tomb…has a sister, Haley.

About Greenwood: Full name is Jacob Christopher Greenwood…is the son of Chris and Lori ’99 Greenwood…has a sister, Brynn.

About Smick: Full name is Justin Alexander Smick…is the son of Michael and Pam Smick…has a brother, Michael W.

About Spence: Full name is Ian Henson Spence…is the son of Ernie and Nancy Spence.

May 26, 2020
Thanks for subscribing! Please check your email for further instructions.