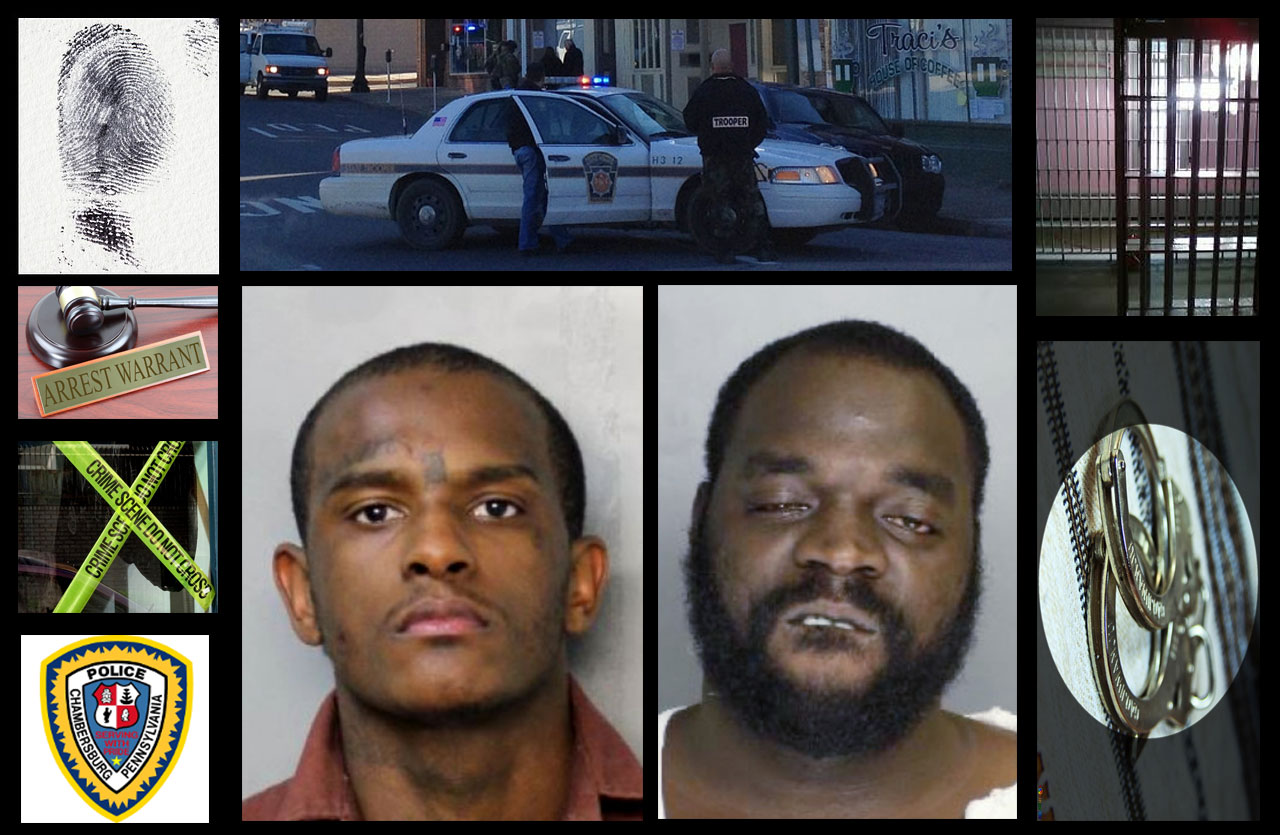 CHAMBERSBURG — Two local men sought by Chambersburg police for questioning in a Saturday morning shooting are now in police custody.

The two people shot during the incident are in good condition, according to a police news release. Each are expected to make a full recovery.

Police did not release the names of the shooting victims.

Christopher Darby, 33, and Ryan Jefferson, 25, were apprehended without incident Monday on warrants issued Saturday afternoon by a local judge.

Jefferson was located at a residence in Harrisburg by the United States Marshals Task Force and Harrisburg City Police Department.

Darby was arrested by the Chambersburg Police Department with the assistance of the Franklin County Drug Task force at an address on Powell Drive in Chambersburg.

Both were charged in the warrants with illegal possession of a firearm because of their criminal records.

Police were called to a residence at the corner of South Main and Liberty Streets at about 5:24 a.m. Saturday for a report that shots had been fired.

Two people had been shot and were taken by ambulance to Chambersburg Hospital then airlifted to other regional hospitals, according to the initial police report.

Police said a fight had broken out between several individuals during a party that morning.

Third Street between Washington and Catherine Streets was closed all morning as police investigated.

Police were still describing Darby and Jefferson as “persons of interest” in the latest news release, not suspects in the case.

Darby was arraigned at 7:30 p.m. on two felony firearms charges, according to online court records.

Jefferson was arraigned at 7:45 p.m. on a felony firearms charge as well as misdemeanor charges of simple assault and making terroristic threats.

As of Monday night, police said the investigation was still active and ongoing.

Anyone with information is urged to contact the Chambersburg Police Department or submit a tip on Crimewatch.

Selling Your Meds on the Side? Don’t Report Them Stolen

December 28, 2019
Thanks for subscribing! Please check your email for further instructions.