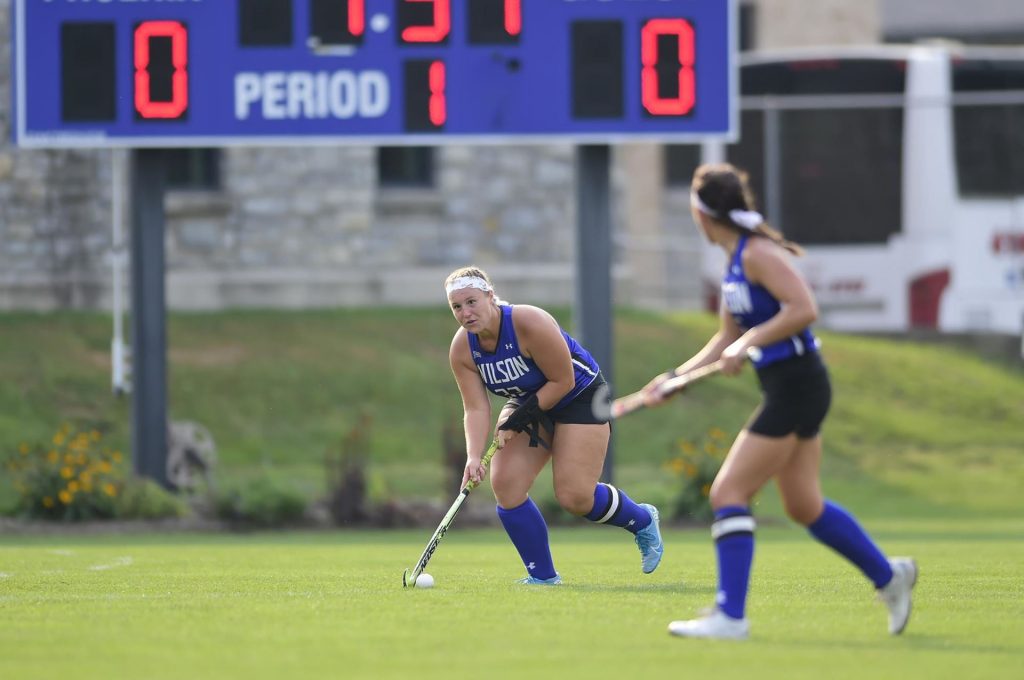 Wilson wasted no time getting things going in this one, as junior Abigail Rosenberry (Shippensburg, PA., Shippensburg) rifled off a shot that went wide of the net less than two minutes into the game. Shortly after, senior Breeann Sheaffer (Middleburg, PA., Midd-West) notched the first goal of the match off an assist from fifth-year senior Michaela Singer (Annville, PA., Annville-Cleona) that put the Phoenix up 1-0.

In the second quarter, just over ten minutes in, Pflumm chipped in a goal off a pass served up from freshman Jordan Blizzard (Westminster, MD, Francis Scott Key), extending Wilson’s lead to 3-0 going into halftime.

In the third quarter, the Phoenix picked up right where they left off. Singer tallied her second goal of the match on a pass handed out from Rosenberry. Then, just over four minutes later, Singer registered her third goal, off another pass from Pflumm as Wilson walked away with a 5-0 victory.

Singer notched her first hat trick of the season, along with an assist, while fifth-year senior goalkeeper Krista Nayadley (Hampton, VA, Hampton) recorded her third shutout of the year. Also, recording goals were Pflumm and Sheaffer, who registered their fourth and sixth goals of the season, respectively. This was Singer’s sixth multi-goal game of the season.

The field hockey team will continue CSAC play on Saturday, October 16, where they will travel to take on the Cyclones of Centenary University (2-7, 1-1 CSAC) at 1 p.m.