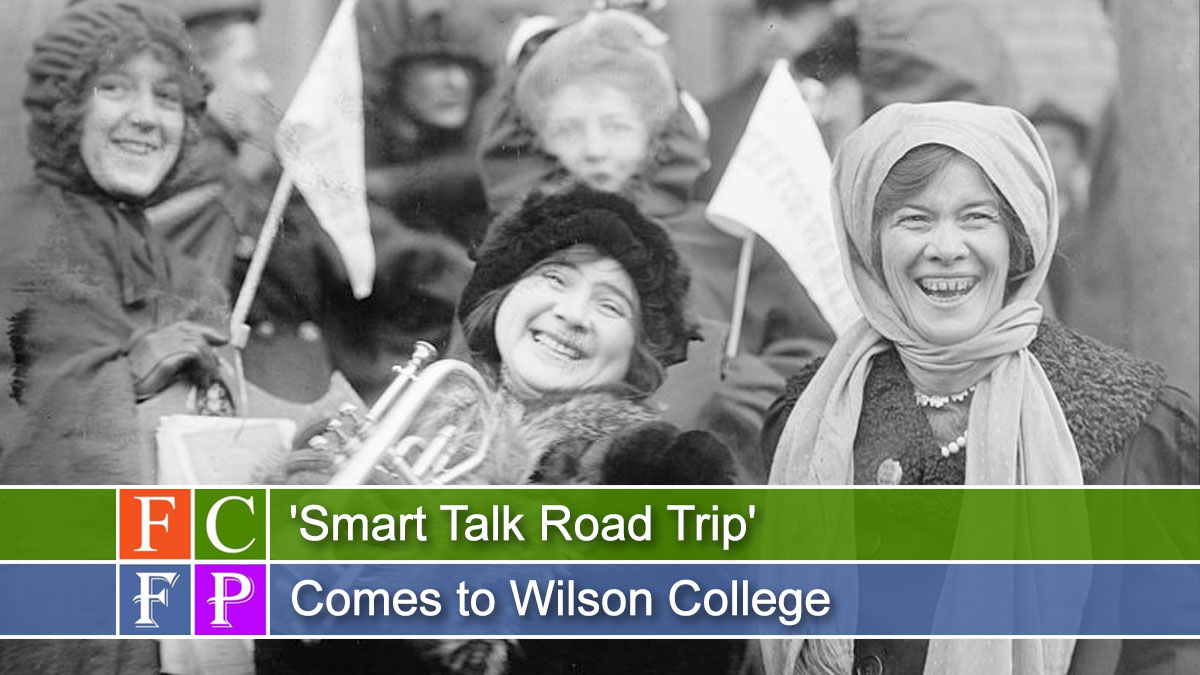 WITF’s Smart Talk is taking its show on the road. The Harrisburg-based public radio station hosts Smart Talk Road Trip: Celebrating Women’s History and the Right to Vote Thursday at Wilson. The program includes a look at Wilson’s role and that of its students and graduates in the fight for women’s rights through the years.

The 7 p.m. show airs live but rebroadcasts at 9 a.m. the next day. The Harry R. Brooks Complex for Science, Mathematics and Technology auditorium is the site for the event. Everyone is welcome to attend and asked to register. There is no admission fee.

Visitors are asked to park in the Brooks lot just inside the main Wilson entrance on U.S. 11 at Park Avenue.

Smart Talk Road Trip celebrates Women’s History Month and marks the 100th anniversary of the 19th Amendment to the United States Constitution, which gave women the right to vote. Hosted by WITF’s Scott LaMar, the program will feature three segments with guests:

During the show, audience members will have the opportunity to ask questions.

Wilson College Gets A New President