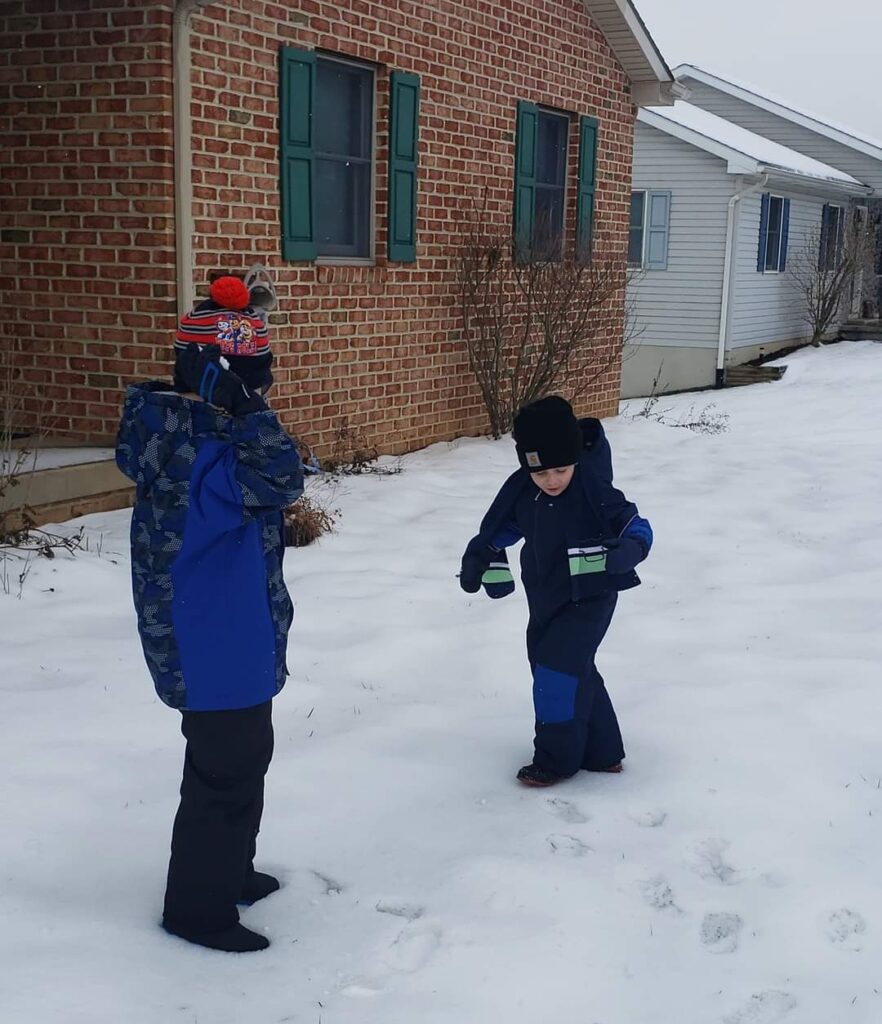 Snowfall totals are in; and they don’t look as bad as some feared for this year’s cold weather storm, nicknamed Izzy by the Weather Channel.

Izzy’s snowfall was topped by freezing rain, making roads slick and dangerous during the night and into early morning. There were few crashes reported by police, however, all caused by excessive speed on the slick roadways.

The Chambersburg Borough Highway Department worked throughout the night from Sunday to Monday clearing side streets. They took a mandatory break on Monday morning, but by lunch time several plows returned to duty.

The crew will work Monday evening, continuing to clear side streets and alleys. The highway department is working with contractors to address downtown parking lots in advance of Tuesday morning. The borough’s two main streets — Lincoln Way (US30) and Main Street (Rt. 997) are cleared by PennDOT.

Roads in town were passable at noon on Monday in spite of the snow and ice. Air temperatures are low enough that the slush is still icy, Borough Manager Jeff Stonehill said.

“Folks should use caution when driving, especially in areas with little traffic,” he warned.

Chambersburg residents can report icy spots on borough roads to the Customer Service Center at 717-263-4111.

All county school districts are operating on a two-hour delay Tuesday morning. That includes Chambersburg, Shippensburg, Tuscarora, Fannett-Metal, Greencastle-Antrim and Waynesboro, as well as the Franklin County Career and Technology Center.

Snowfall amounts ranged from 2 1/2 inches to 3.8 inches in nearby Hagerstown, Md., to up to 4 1/2 inches in places in Waynesboro on the south-eastern end of Franklin County. Most places around the county averaged about 3 inches. Willow Hill got 4 inches.

The National Weather Service is calling for a slight chance of snow showers before 9 tonight; with a low around 25 degrees and west winds 13 to 18 mph and gusts up to 32 mph. Chance of precipitation is 20%.

The sun will come out tomorrow, however, with a high near 35 and west winds 8 to 13 mph.

It will warm up Wednesday with a high near 42. We might see some rain that evening, that could turn to snow flurries as nighttime temperatures drop.

After a midweek warm-up, cold temperatures return later this week. A reinforcing shot of cold air could be on the horizon early next week. The @NWSCPC has placed all of Pennsylvania in a high risk of much below normal temperatures over the weekend and into next week.

[Featured photo credit: Gavin, 5, and Casper, 3, play in the snow at their Lurgan home.]