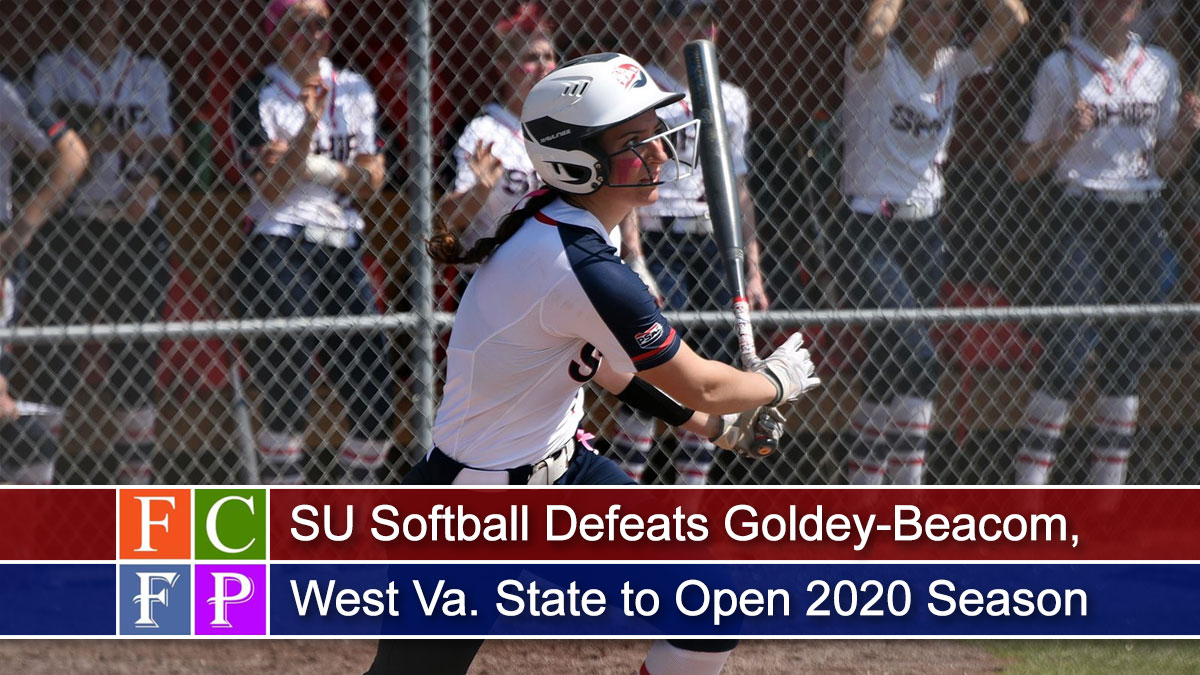 Shippensburg University‘s softball team opened the 2020 season with a pair of victories Friday at the Snowbird Softball Freeze Out in Myrtle Beach, defeating Goldey-Beacom, 9-3, and West Virginia State, 11-6, in action from the Ned Donkle Complex.

The Raiders recorded 20 hits on the day. Senior Kayla Bonawitz (Palmyra, Pa./Palmyra) had five hits, including a double, and hit a sacrifice fly for one of two RBIs on the day.

Junior Courtney Coy (Shippensburg, Pa./Shippensburg Area) reached base six times – she was credited with a home run among her four hits – to go along with a double, walk and three runs scored.

Sophomore Hannah Marsteller (Fredericksburg, Va./Riverbend) had three hits, including a two-run triple against West Virginia State and an RBI-double against Goldey-Beacom. Marsteller finished the day with four RBIs.

Shippensburg held a 1-0 lead through four innings of the opener against Goldey-Beacom before scoring five in the fifth and three in the sixth to distance itself from the Lightning. The two teams combined to leave 22 runners on base and walked 17 batters in the contest.

SU gave up three runs in the first and two more in the fourth against West Virginia State, but countered the Yellowjackets with runs of its own in each frame. The score was tied 5-5 through four innings before a five-run fifth proved pivotal; it was capped by Fetter’s three-run homer.