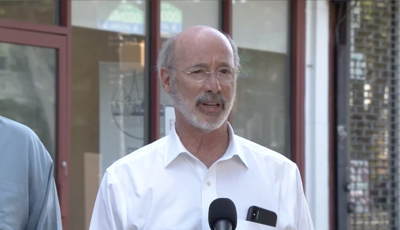 In this list of state briefs, The Center Square reporter Cristin Smith talks about a drop in state tax revenues, the coronavirus and civil unrest.

(The Center Square)– Pennsylvania’s revenue estimates for May came in 17 percent below expectations as the economic shut down lingered into a second month.

The Department of Revenue said about 45 percent of the $439.7 million shortfall comes from delayed tax payments, while the rest can be attributed to reduced economic activity as a result of the pandemic-induced restrictions.

“Although we are certainly seeing the effects of the pandemic reflected in the commonwealth’s revenue collections, it’s also important to recognize that a significant portion of the shortfall in May can be attributed to moving several tax deadlines to provide relief to Pennsylvania taxpayers during the pandemic,” Revenue Secretary Dan Hassell said. “We expect to receive much of this revenue in the next fiscal year, which means we’ll have a clearer picture of the pandemic’s effect later in the year.”

The news comes just days after Gov. Tom Wolf signed an interim budget plan to fund government operations through Nov. 30 while lawmakers wait for delayed tax revenue to hit state coffers. The true extent of the budget deficit – anticipated to be as much as $5 billion – won’t be known until the July 15 filing deadline comes and goes.

The Department of Health provided some positive news Monday with just 356 new cases of COVID-19 diagnosed statewide, bringing the total to 72,282. Of those cases, 67% have since recovered.

Secretary of Health Dr. Rachel Levine said more than half of the state’s 5,500 deaths have occurred in nursing and personal care homes, where the administration continues to focus testing efforts. She told reporters Monday that sick staff members pose the highest risk of transmission, making a universal testing strategy all the more important.

Pennsylvania Gov. Tom Wolf said Monday the violence must deescalate as protests continue across Philadelphia in the wake of George Floyd’s death in police custody in Minneapolis.

“We need to recognize that we have a lot of work to do to address the ills that the protests are about,” Wolf told reporters on a Philadelphia street corner Monday afternoon. “Racism is wrong. We need to establish a commonwealth that is equal and fair and decent to every Pennsylvanian.”

Wolf said he met with Mayor Jim Kenney to tour some of the hardest hit areas of the city, where some pharmacies and groceries stores have been hollowed out and burned. He called the scenes “sad” and vowed to get to work in Harrisburg “to make Pennsylvania a better place.”

“The protests are absolutely called for,” Wolf said. “What’s not called for is the violence that followed.”

Wolf signed a disaster declaration on Sunday and activated the National Guard to help law enforcement in Philadelphia, Pittsburgh and Harrisburg respond to the protests – some of which erupted into violence over the weekend.

Demonstrators gathered in cities nationwide to raise awareness about police brutality and systemic racism after 46-year-old Floyd died during an arrest in Minneapolis on Memorial Day. Video footage shows city police officer Derek Chauvin kneeling on Floyd’s neck for nearly nine minutes while he complained that he could not breathe. The department fired Chauvin and three other officers involved in the incident last week. Hennepin County investigators also charged Chauvin with third degree murder and second degree manslaughter in connection with Floyd’s death.

May 6, 2019
Thanks for subscribing! Please check your email for further instructions.