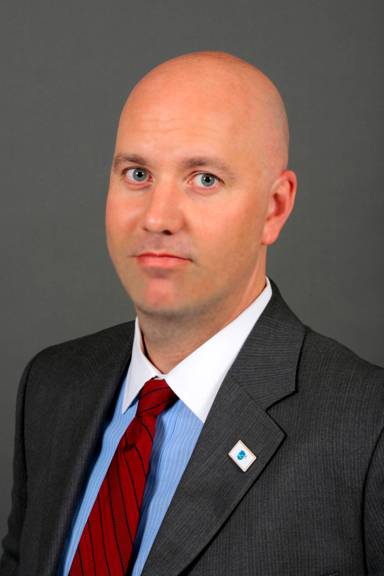 On Wednesday, February 23rd, I was contacted by a journalist from the Philadelphia Inquirer, asking me for an official response to a letter “about Doug Mastriano.”  I kindly replied back via email and asked him what letter he had specifically referenced, and he immediately replied back with an attachment.  The attachment was a copy of a letter drafted by the Pittsburgh law firm of Chalmers & Childs LLC, on behalf of its client, “Corman for Governor.”  Apparently, this letter had been immediately provided to the media on that date, across several platforms, but not provided to me beforehand.  In fact, I had no contact whatsoever from the law firm or the client prior to their media release.  I have since have had an opportunity to review the letter, which was addressed to me, and which requested that I investigate Mastriano and his campaign committee concerning discrepancies in his 2021 Campaign Finance report(s).  The letter specifically requested that I investigate alleged “flagrant and willful” violations by Mastriano and his campaign committee and explained that I am the appropriate officeholder to do so, pursuant to my authority under Title 25, Section 3249(b) of the Pennsylvania Elections Code.  Ultimately, the letter suggests that I investigate these filings, and it referenced the “stark penalties” of prosecution for the criminal offense of perjury.

Again, I received no email, phone call or regular mail prior to being contacted by the media on February 23rd, and have not since been directly contacted by this law firm or Jake Corman in order to personally

discuss what they all purport to be criminal activity.  As many already know, Doug Mastriano is a politician/right-wing media personality currently serving as a State Senator and running for Governor of

Pennsylvania.  So is Jake Corman, as many already know as well.  Both Corman and Mastriano are members of the GOP in Pennsylvania, rhetorically fighting to win the Republican nomination for Governor from within that party.  I have taken a limited amount of time away from my official duties in order to review and research the applicable law concerning the Elections Code and the criminal offense of perjury (as an aside, ask any prosecutor, and you will be told that this offense is rarely charged due to the difficulty in successfully proving the requisite intent element).  I have likewise reviewed the initial Campaign Finance report submitted by Mastriano and his campaign, as well as the amended filing for which they paid a late fee to the Department of State.

There will be no further investigation of this matter, and no criminal prosecution.  I am a criminal prosecutor, often referred to as a “Minister of Justice.”  While elected as a District Attorney, my role is nonetheless apolitical.  I am an active member of the National District Attorneys Association (“NDAA”) and past Veterans Committee Chair for the NDAA. The NDAA has published National Standards for Prosecutors, which memorializes our ethical roles and standards of our professional conduct and responsibility. The NDAA’s National Standards for Prosecutors describes our particularly critical role as follows:  “The prosecutor is an independent administrator of justice.  The primary responsibility of a prosecutor is to seek justice, which can only be achieved by the representation and presentation of the truth.  This responsibility includes, but is not limited to, ensuring that the guilty are held accountable, that the innocent are protected from unwarranted harm, and that the rights of all participants, particularly victims of crime, are respected…A prosecutor should put the rights and interests of society in a paramount position in exercising prosecutorial discretion in individual cases.”  (emphasis added)  We are totally independent and totally impartial and committed to the truth.  The National Standards for Prosecutors further explains in corresponding commentary as follows:  “A prosecutor is the only one in a criminal action who is responsible for the presentation of the truth.  Justice is not complete without the truth always being the primary goal in all criminal proceedings.  A prosecutor is not a mere advocate and unlike other lawyers, a prosecutor does not represent individuals or entities, but society as a whole.  In that capacity, a prosecutor must exercise independent judgment in reaching decisions while taking into account the interest of victims, witnesses, law enforcement officers, suspects, defendants and those members of society who have no direct interest in a particular case, but who are nonetheless affected by its outcome.”

The elected District Attorney is often referenced as a “powerful” position, given the impact of the decisions that are made.  While I am of course reluctant to refer to myself as “powerful” and dismiss that type of language, the role of District Attorney is something I take extraordinarily seriously and I exercise that legal authority very thoughtfully.  The role is a critical one in the sense that if it not observed impartially and independently across the board, we are no longer a democracy and we are no longer the United States of America.  Rule of Law is a fundamental American value.  In fact, the U. S. Department of State describes how critical the Rule of Law is to our country and other democracies throughout the world, in this way:  “For much of human history, rulers and law were synonymous — law was simply the will of the ruler.  A first step away from such tyranny was the notion of rule by law, including the notion that even a ruler is under the law and should rule by virtue of legal means.  Democracies went further by

establishing the rule of law.  Although no society or government system is problem-free, rule of law protects fundamental political, social, and economic rights and reminds us that tyranny and lawlessness

are not the only alternatives.  Laws should express the will of the people, not the whims of kings, dictators, military officials, religious leaders, or self-appointed political parties.  Under the rule of law, a

system of strong, independent courts should have the power and authority, resources, and the prestige to hold government officials, even top leaders, accountable to the nation’s laws and regulations.”  (emphasis added)  So, the Rule of Law is paramount to democracy (which is currently under attack), and faith and trust in our institutions must always be observed and it must likewise be earned by those fulfilling their roles within our courts and other institutions.  Certainly, this is true of a District Attorney in the role of a prosecutor, entrusted to make decisions with corresponding “stark penalties” which may impact the liberty of any of our citizens.

With respect to the recent letter drafted on behalf of “Corman for Governor,” let me be very clear.  This request for criminal prosecution is frivolous and this request is shameful.  This is a political stunt and I have more important work to do for the citizens of Franklin County.  Be assured that I am not offended or aggrieved by this Corman for Governor letter, and I am not claiming victimhood like so many others in leadership positions these days.  Unfortunately, I am not even necessarily surprised by the Corman for Governor letter, though I remain generally disappointed in the state of political warfare, and profoundly so, due to its obvious impact on our citizenry.  Even a negligent attempt to politically weaponize a District Attorney is dangerous and that is what has occurred in this instance.  Please understand that this is abnormal and beyond the guardrails, like so much in our civic discourse at this time.  This is not normal.  Clearly, this was not a serious request for me to review this matter for prosecution.  I still have not been contacted via phone or email by this law firm or Corman for Governor, which I presume they would do if they believed there was actual merit to this request.

In the United States of America, we do not have political prosecutions.  We do not jail our political opponents arbitrarily.  Mr. Mastriano filed an initial Campaign Finance Report and then filed another one, and there were discrepancies between the two filings.  This is not perjury, as has been suggested to me by Corman for Governor.  That is not to say there may not be consequence.  In ordinary times, such conduct would be appropriately addressed in our free press, which this has, and potential voters would be able to exercise their critical thought as to whether this type of conduct inspires confidence in a candidate’s fitness.  Maybe it does or maybe it does not, and reasonable people may disagree.  But this is not perjury.

Please be fully assured that I will not be further dragged into a rancid, internecine affray amongst unserious[1] and fanatical contestants for Governor.  The true purpose of this Corman letter was the letter itself, so that it could be sent to the media in order to get attention.  Mission accomplished.

Meanwhile, war in Europe is underway as this statement is drafted.  Our democratic allies in the sovereign country of Ukraine are currently being senselessly killed at the direction of Vladimir Putin, and all appear to be courageously defending themselves and each other.  And freedom and democracy.  It is utterly embarrassing to have to address this foolish and inappropriate campaign gambit right now.  Pray for Ukraine.