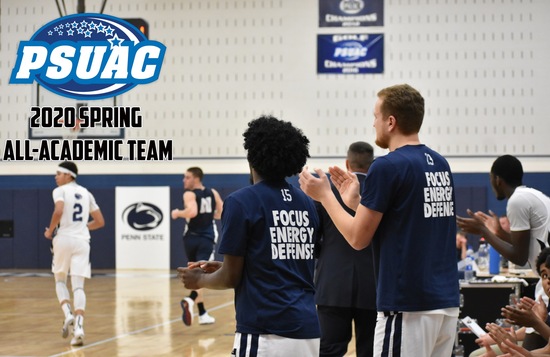 To be recognized on the PSUAC All-Academic Team, student-athletes must earn a minimum GPA of 3.0 during their semester of competition or own a cumulative GPA of 3.0 or greater and be at least a sophomore in both their academic and athletic standing.

The Nittany Lions had a total of 79 student-athletes named to the PSUAC All-Academic Team during the 2019-20 academic year. The baseball team led all winter/spring squads with 17 honorees, while the softball program had an impressive 11 of their 13 members on the roster represented on the conference All-Academic Team. A total of 26 student-athletes had GPAs of 3.5 or better and were named to the Mont Alto Dean’s List.

A complete list of the student-athletes that were honored by the conference office is provided below by sport.

September 25, 2019
Thanks for subscribing! Please check your email for further instructions.