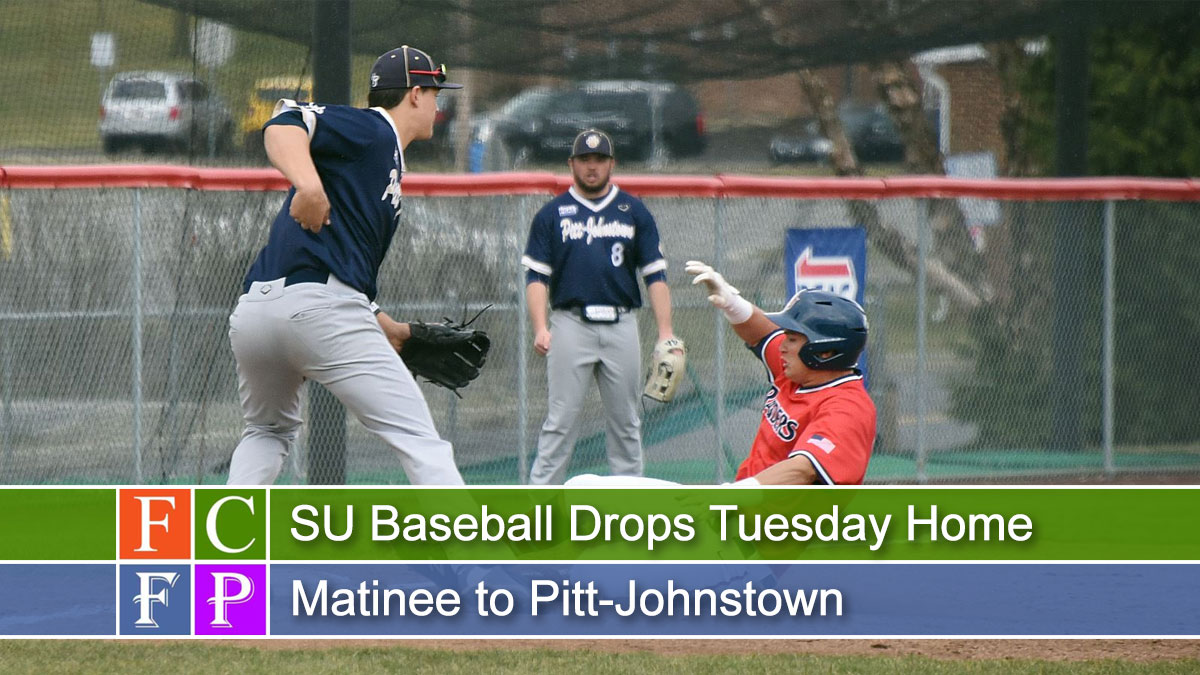 SHIPPENSBURG, Pa. – The Shippensburg University baseball team dropped an 18-9 decision to Pitt-Johnstown on Tuesday in a nine-inning game at Fairchild Field.

Shippensburg (6-11) allowed a season high in runs and could not overcome an early deficit, as Pitt-Johnstown (11-5) scored five runs in the second, three in the fourth and five in the fifth to gain a lopsided advantage.

The Raiders scored five runs in the bottom of the ninth inning on a collection of singles, bloops and ducksnorts.

Freshman Joe Barbera (Harrisburg, Pa./Bishop McDevitt) entered as a reserve midway through the game and finished with three of SU’s 10 hits. Senior Jacob Pollock (Stafford, Va./Mountain View) had a two-run single in the five-run ninth inning.

Pitt-Johnstown had 12 hits, including a three-run homer to left-center field in the second inning by Isaiah Kearns. The Mountain Cats also drew 16 walks and were hit by seven pitches.

September 18, 2019
Thanks for subscribing! Please check your email for further instructions.