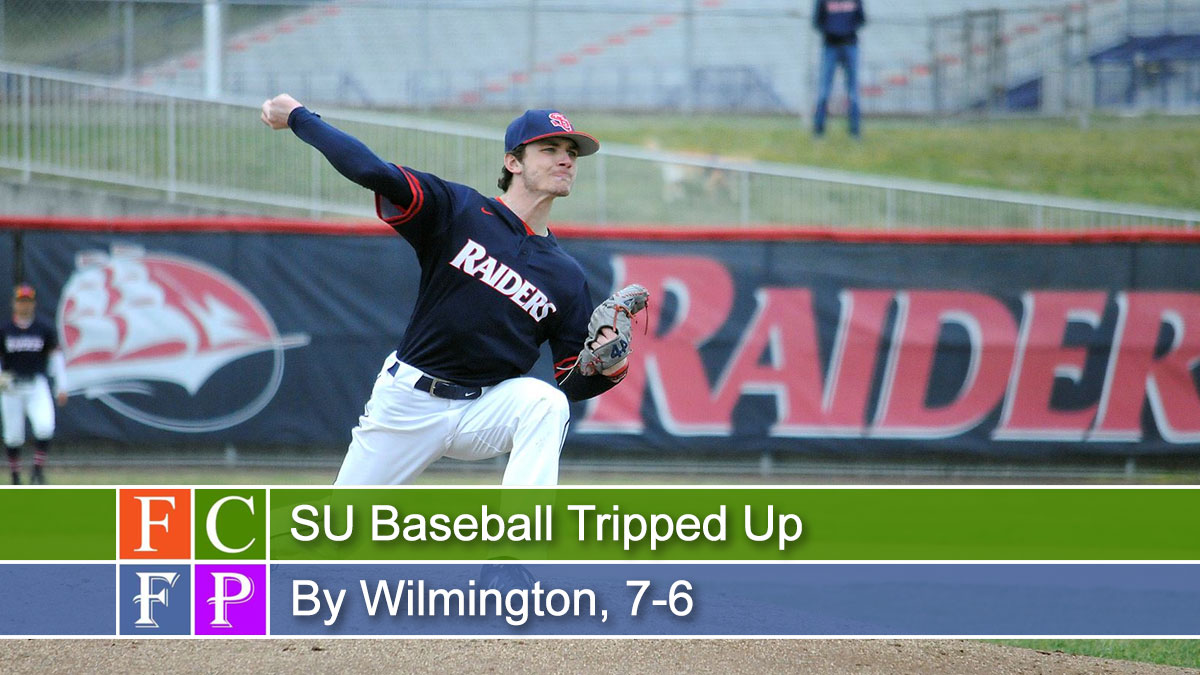 The Shippensburg University baseball team could not maintain an early lead against Wilmington on Wednesday, dropping a 7-6 decision to the Wildcats in action at Fairchild Field.

Junior Ben Werkheiser (Doylestown, Pa./Germantown Academy (Delaware)) plated two more in the inning on a double into the right-center field gap, a third run was cut down at the plate trying to score on the play.

Wilmington (4-9) scored all seven of its runs with two outs. A three-run home run by Justin Hyatt that hit off the football scoreboard made it 5-5 in the top of the fourth, but freshman second baseman Joe Barbera (Harrisburg, Pa./Bishop McDevitt) countered with an RBI-double in the bottom half that made it 6-5.

The Wildcats got a single in the eighth to tie it and a double in the ninth to gain the final lead. The Raiders were retired in order in each of the final two innings to end the game.

Werkheiser reached base three times, drawing two walks in addition to his two-run double. Barbera was the leadoff hitter; he reached base twice and had a stolen base. Darden had two hits.

Staff Report - June 26, 2020 0
She was employed at Corning Glass, Greencastle for 25 years as a palletizer operator. After retiring in 1993, she worked part time at Sheetz in Greencastle.

SU Lacrosse Rallies in Second Half to Best Lock Haven, 14-13

February 24, 2020
Thanks for subscribing! Please check your email for further instructions.