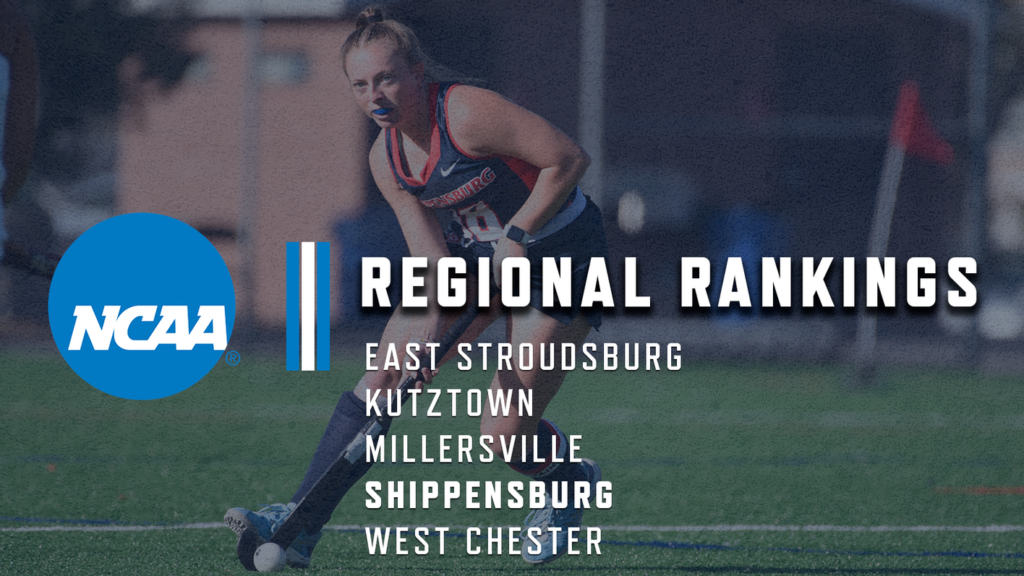 The Shippensburg University field hockey team is among those listed in the first edition of the 2022 NCAA Atlantic Region rankings released Wednesday. The NCAA regional rankings are annually used to determine the teams that qualify for the NCAA Division II Field Hockey Championships.

Rankings will be released every Wednesday afternoon until the announcement of the tournament field, which is set for 3 p.m. on Monday, Nov. 21. Each set of rankings includes all games played through the previous Sunday, meaning that results of yesterday’s games (including Kutztown’s win over East Stroudsburg) will not be factored in until next week.

For the initial rankings released today, the teams are simply listed in alphabetic order and not by rank. Next week’s edition will feature the teams in ranked order.

Three teams from each of the two regions (Atlantic, East) will advance to the 2022 NCAA Division II Field Hockey Championships following the completion of the regular season and respective conference championships. Conference champions (PSAC, NE-10, SAC) do not receive automatic berths into the NCAA Tournament.

Upon selection, the six qualifying teams will be re-seeded No. 1 through No. 6 without consideration for region.

• The announcement of the tournament field is set for Monday, November 21, at 3 p.m. via webcast on ncaa.com.

• The NCAA Quarterfinals (No. 3 seed vs. No. 6 seed; No. 4 seed vs. No. 5 seed) will be held on Sunday, Nov. 27. The higher seed is slated to host each quarterfinal pending it meets the requirements defined by the NCAA.

• It will be a quick turnaround for the winners, as the NCAA Semifinals will be held at 2 p.m. and 5 p.m. EST on Thursday, Dec. 1 at Renton Memorial Stadium in Seattle, Washington.

• The NCAA Division II Championship game will be held at 1 p.m. on Saturday, Dec. 3 at Renton Memorial Stadium in Seattle, Washington.