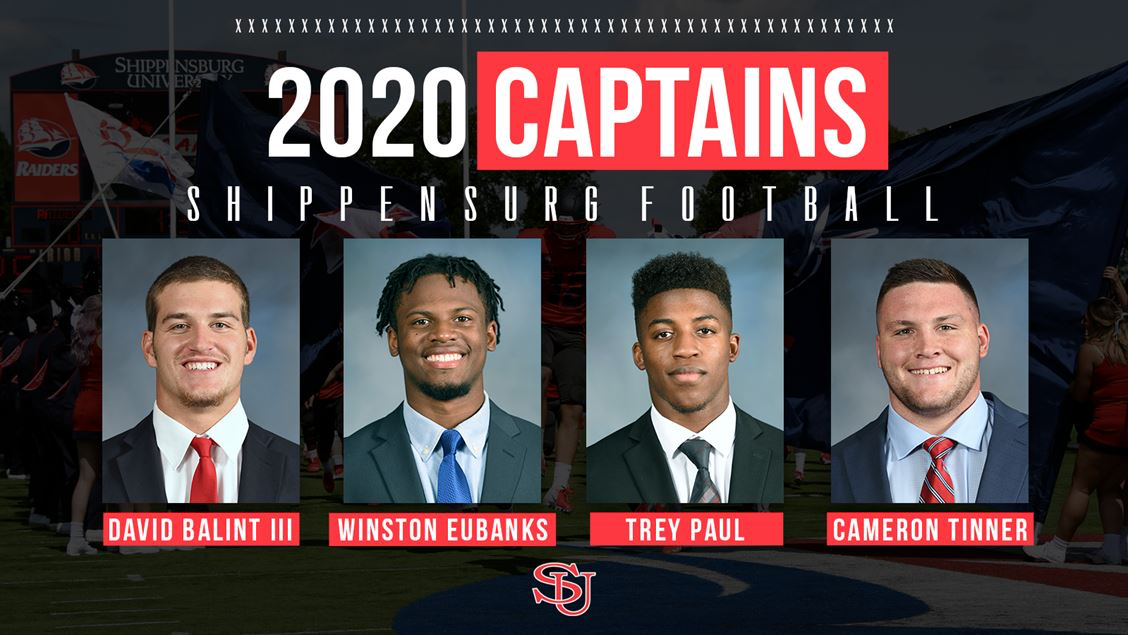 Balint III has played in all 22 games over the last two seasons, making 14 starts at tight end. As a redshirt-sophomore, Balint III was named to the 2019 Division II Conference Commissioners Association (D2CCA) All-America Football Second Team after setting single-season school records for receptions by a tight end (64) and receiving yards by a tight end (755).

Tinner has played in 17 games during his two seasons, making 11 starts. After transitioning from offense to defense during his redshirt-freshman season, Tinner started all 11 games in 2019 as an interior defensive lineman. He earned the team’s Red Raider Pride award. He has totaled 24 tackles, including 3.0 career sacks.

Team captains are selected by their peers. Eubanks returns as a captain for the second consecutive year after earning the role as a junior for the 2019 season.

January 23, 2020
Thanks for subscribing! Please check your email for further instructions.