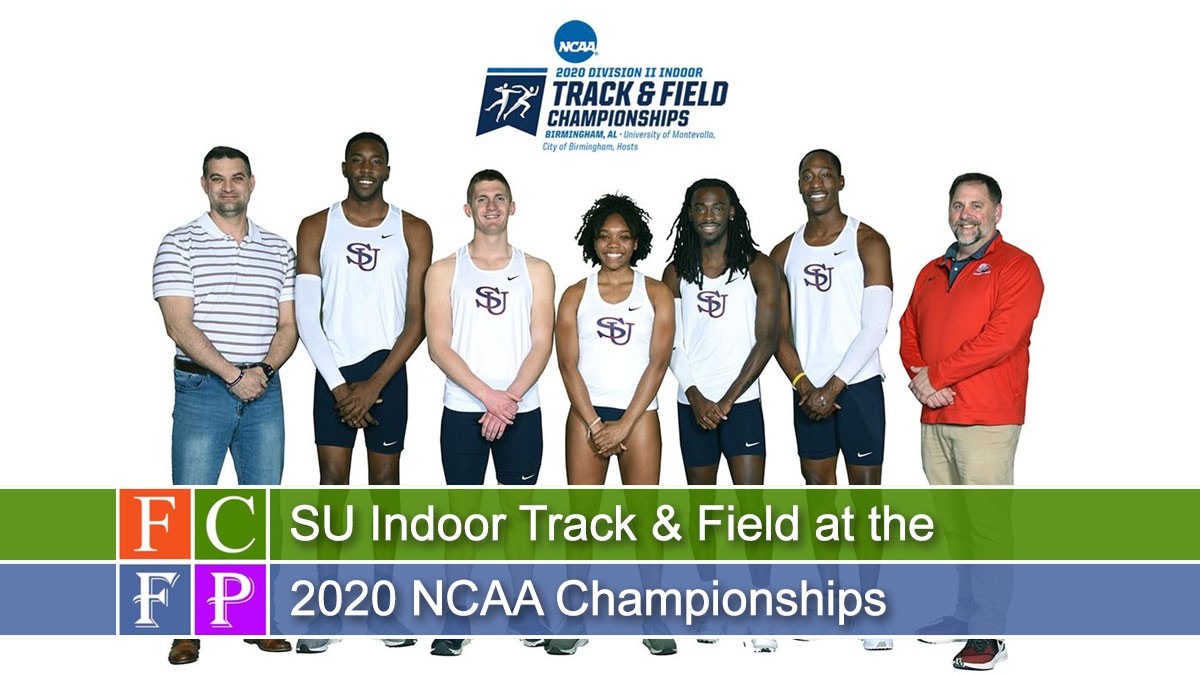 Five members of the Shippensburg University indoor track & field teams will compete Friday and Saturday at the 2020 NCAA Division II Indoor Track & Field Championships being held at the Birmingham (Ala.) Crossplex.

On Saturday, Bowman and Arp hope to compete in the finals of their respective men’s 60-meter hurdles finals, while the two men will join freshman Stephon Brown (Harrisburg, Pa./Central Dauphin East) and sophomore Josh Booth (McConnellsburg, Pa./McConnellsburg) at the end of the night for the 4×400-meter relay. Booth is serving on the relay after an injury to freshman Drew Dailey.

Zarria Williams will be the first jumper in the first of two flights. She is the 2020 Pennsylvania State Athletic Conference (PSAC) champion after a season-best jump of 19 feet, 3 ¼ inches (5.87 meters). That mark ties her indoor PR that was originally set at last season’s Kutztown Last-Chance Qualifier.

Arp will run in Lane 1 in the second of two preliminary heats; Bowman will run in Lane 6 of the same heat. The Top 2 from each heat will advance to the finals along with the four fastest remaining times.

Bowman is the two-time defending PSAC Champion; he broke the all-time PSAC record during prelims of this year’s conference meet with a time of 7.88 seconds. Arp, in his first year running hurdles, enters with a PR of 7.99 seconds and was the runner-up to Bowman at the PSAC Indoor Championships.

Arp will run in Lane 6 in the third of four preliminary heats. The Top 8 times will advance. Winning a heat in the event will not guarantee qualification for the finals.

Arp is the first Raider running in the open 400 meters at the NCAA Indoor Championships since Eric Bologa placed 12th in 2014 with a time of 49.07 seconds. Bologa’s school record was broken this season when Arp ran his PR of 47.40 seconds to claim the PSAC Championship.

Shippensburg is competing in the 4×400-meter relay at the indoor national championships for the first time since 2015, when senior Eric Bologa, senior Andrew Kujawski, sophomore Tim Usher and senior Robert Bales ran 3:15.25 for a ninth-place finish. That quartet still holds the school (and PSAC) record of 3:12.52 – set that season in Boston. This year’s seed time of 3:12.83 was set by Arp, Brown, Drew Dailey and Bowman at VMI.

September 16, 2019
Thanks for subscribing! Please check your email for further instructions.