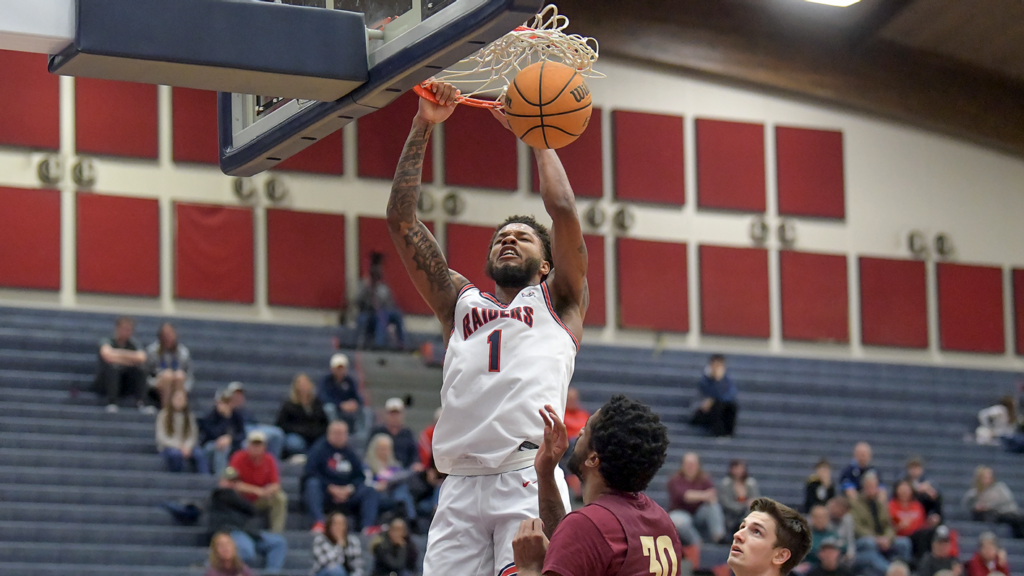 Shippensburg (11-6, 9-2 PSAC) led for a majority of the game, holding a double-digit lead through the entire second half. SU led by as many as 32 points down the stretch. All four of the Raider seniors finished the game with double-digit scoring.

Kutztown (5-11, 5-6) jumped out to an early lead before the Raiders scored eight straight points in the paint to close the gap.

Senior Carlos Carter (Indiana, Pa./Indiana) drained a three-pointer from the top of the arc at the 13:23 mark to give SU the lead, in what was the only lead change of the game. From there, Carter and the Shippensburg team never looked back on its way to victory.

The Raiders went on a 12-2 run near the end of the first half and held the Golden Bears to just four made field goals to end the first half.

In the second half, SU continued to dominate, only allowing Kutztown to come within 10 points of the lead.

Shippensburg shot exceptionally well in the second half, shooting 18-for-31 (58.06 percent) from the floor and 4-for-9 from beyond the arc, which lead to the Raiders finishing with a shooting percentage of 51.5.

The Raiders controlled the game underneath the rim on both ends of the court, outrebounding the Golden Bears 47-31 and outscoring KU in the paint, 50-20.

Carter led the team with 22 points, shooting 9-for-17 from the field and 3-for-9 from three-point range.

Graduate Dom Sleva (McKees Rocks, Pa./Montour) recorded a double-double as well, with 14 points and 10 rebounds. With his 11th double-double of the season, Sleva remains among the nation’s top two in the category.

With their win tonight and East Stroudsburg’s loss to West Chester, the Raiders move into first place in the PSAC East standings.

SU travels to Millersville on Monday for a contest against the Marauders. Tip off is set for 7:30 p.m.