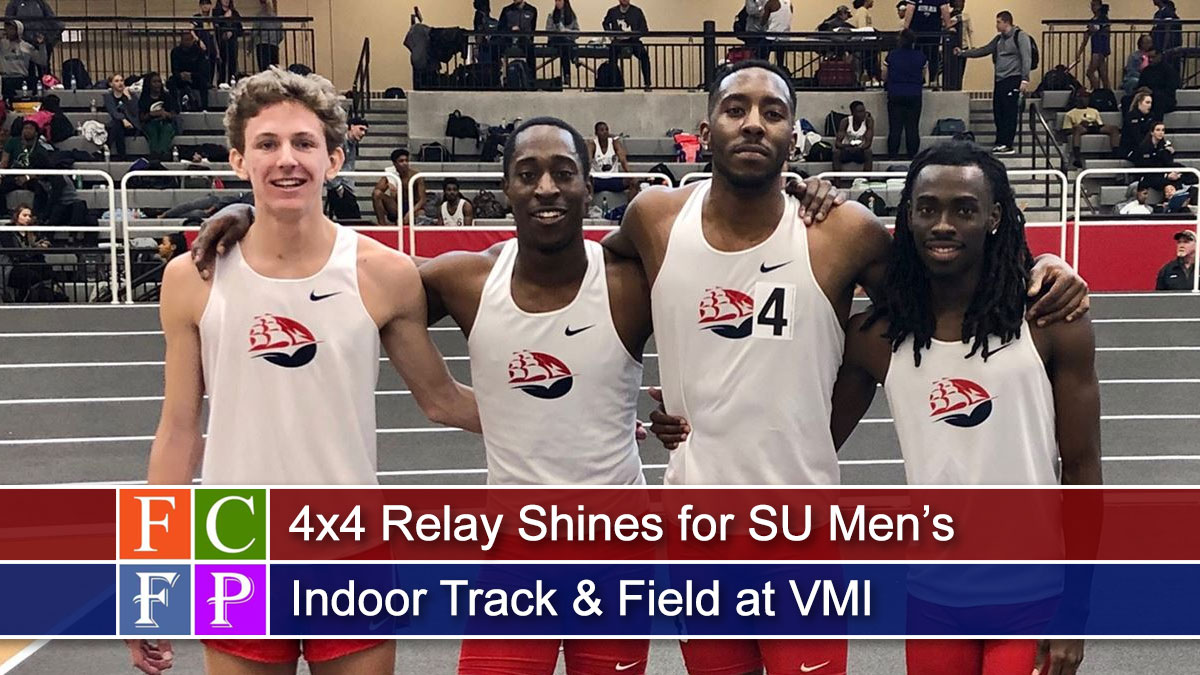 The Shippensburg University men’s indoor track & field team won the 4×400-meter relay on Saturday to cap off a successful weekend at the 2020 VMI Indoor Classic.

The time is just .31 seconds off the school record set in 2015 at Boston’s Valentine Invitational. Shippensburg now ranks fourth nationally among schools in the event.

Dailey nearly had a second record on the day, scaring Ed Buck’s 2010 record in the 800 meters. He ran third with a time of 1:53.17 – a half-second shy of the second-oldest track record on the SU books.

Freshman Alexander Ermold (Shillington, Pa./Governor Mifflin) ran the mile in 4:25.66, while freshman Joseph Bujdos earned his PSAC qualifier in the event with a time of 4:29.47.

In the field, sophomore EJ Dorwil (Philadelphia, Pa./George Washington) landed a season best in the long jump of 22 feet, 8 ½ inches that moves him into fourth on the conference leaderboard. Freshman Kenny Rhyne (New Freedom, Pa./Susquehannock) cleared a collegiate-best height of 6 feet, 4 ¾ inches in the high jump. Senior Cam Strohe (Bangor, Pa./Bangor Area) paced three Raiders in the shot with a put of 48 feet, 4 ½ inches.

Shippensburg completes the regular season next Friday with squads competing at Bucknell and Kutztown.