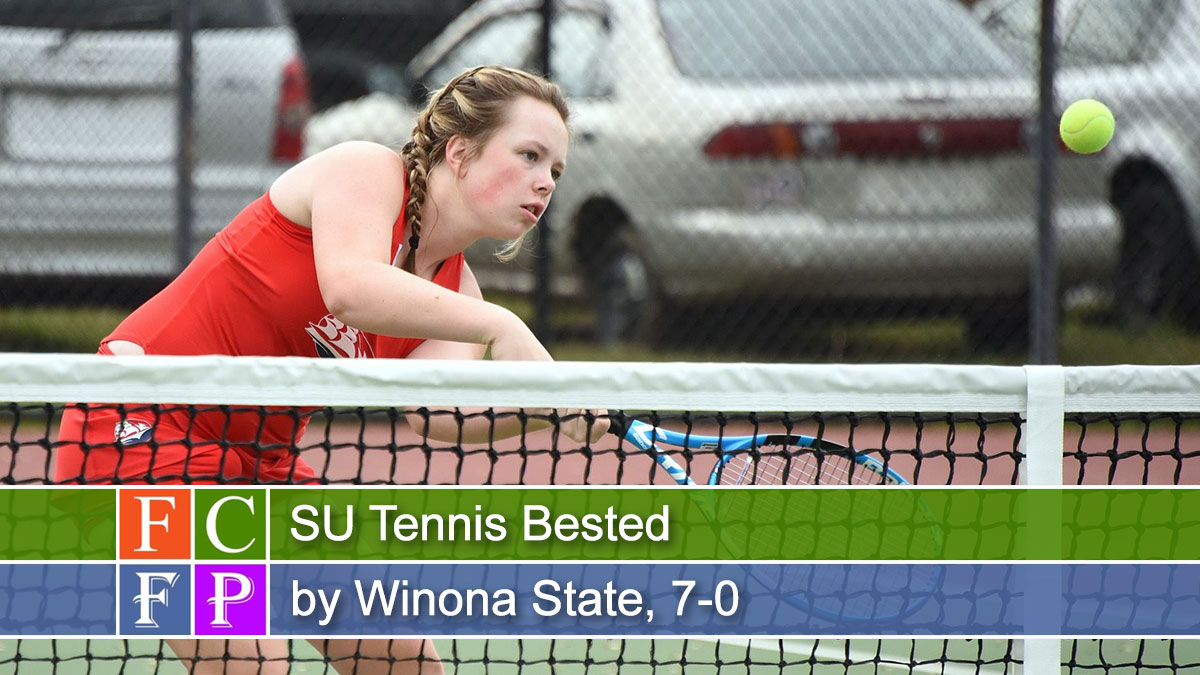 Shippensburg won the No. 1 doubles match, as freshman Maddy Reeves (Montoursville, Pa./Montoursville Area) and sophomore Jenna Sluymer (Nieuw-Vennep, The Netherlands/Haarlemmermeer Lyceum, Hoofddorp) teamed up for a 6-4 win. Winona claimed the doubles point, however, with wins at No. 2 and No. 3 doubles.

Reeves nearly claimed a singles win as well, battling to a third-set tiebreaker that was claimed by Winona’s Audrey Delich, 10-7. After dropping the first set 6-2, Reeves won the second set 6-3.

Shippensburg returns from Florida and travelS to face Holy Family at noon Saturday at the Union League Tennis Courts.

February 18, 2020
Thanks for subscribing! Please check your email for further instructions.