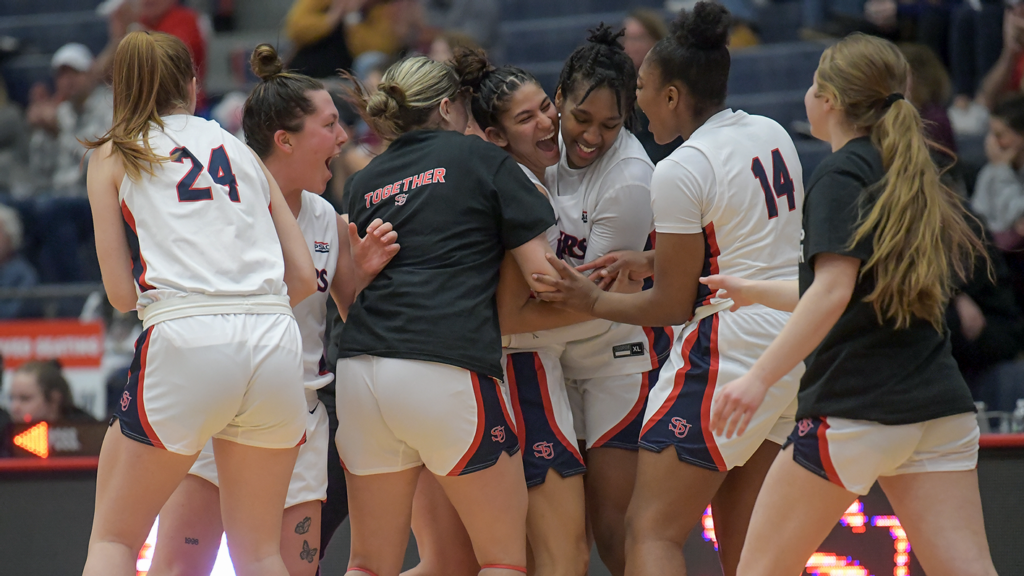 Shippensburg (14-3, 9-2 PSAC) was down by eight points with less than five minutes to go but went on a 9-2 run that ultimately sent the game into overtime. A driving layup by senior Ariel Jones (Lebanon, Pa./Cedar Crest) got the Raiders within one of the lead entering the final minute, and the Golden Bears responded with 1-of-2 at the free-throw line to take a two-point lead.

Following a timeout with 19 seconds remaining, KU attempted an in-bounds pass that was stolen by Jones, who sent an outlet pass to sophomore Taja Colbert (Harrisburg, Pa./Bishop McDevitt) for a breakaway layup that tied the score with 15 seconds left. SU made a defensive stand, and in overtime, junior Treasure George (Harrisburg, Pa./Bishop McDevitt) hit a three-pointer with three minutes left that gave SU a 61-60 lead.

Down the stretch, four free throws from Jones, the reigning PSAC Eastern Division Athlete of the Week, and one from Colbert, helped secure the victory for the Raiders.

Kutztown (9-8, 7-4) shot 35 percent from the field overall and made six three-pointers but shot just 25 from behind the arc. SU’s relentless defense caused 19 KU turnovers compared to just nine by the Raiders. SU also took advantage by outscoring the Golden Bears 21-4 off turnovers.

SU was led by Jones with 22 points and seven rebounds; she added a team-high six assists, two blocks and three steals. George scored 11 of her 14 points after the first half and added two rebounds, an assist, and drew two offensive charges.

Off the bench, Colbert just missed finishing in double figures with nine points. She added four assists, three rebounds and a steal.

Shippensburg is back on the road on Monday for a matchup against Millersville at 5:30 p.m.. On Wednesday, SU will host Shepherd at 6 p.m. for its third game in a five-day span.

* Saturday marked Shippensburg’s second overtime game of the season, as the Raiders rallied to win at Bowie State on Nov. 27 (63-56). It was the first home overtime game since a double-overtime victory over Millersville on Jan. 3, 2020 (91-77).