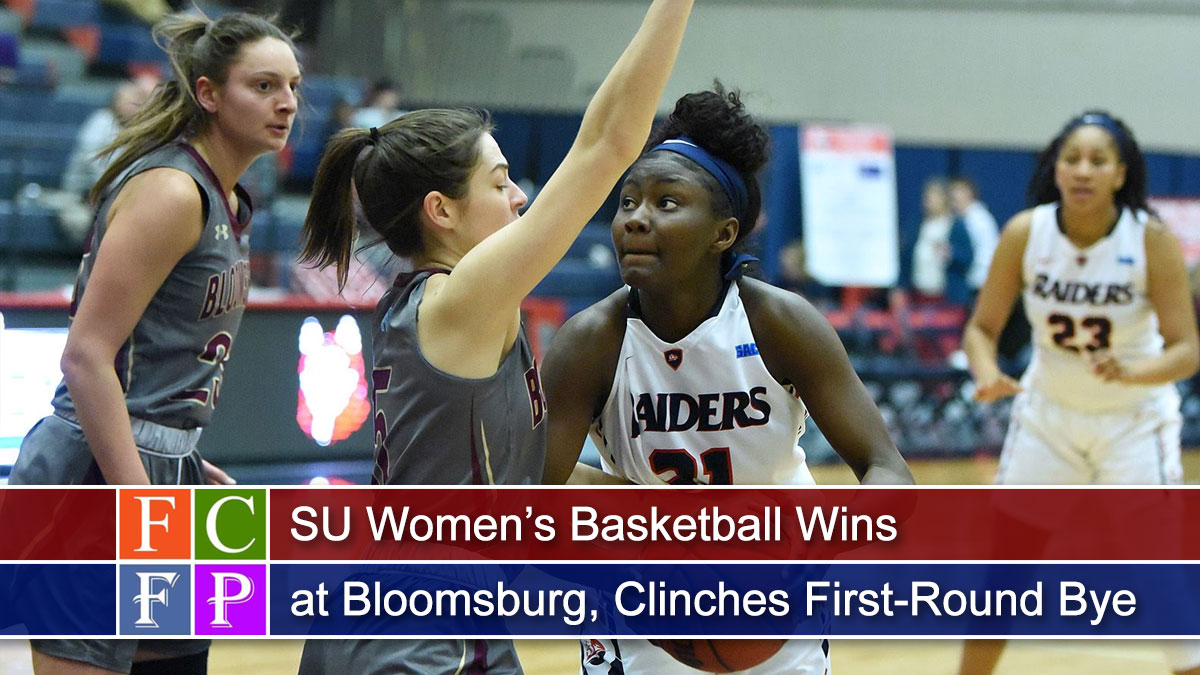 The Shippensburg University women’s basketball team made 10-of-13 at the free-throw line in the fourth quarter Saturday to sneak past Bloomsburg, 73-64, in a Pennsylvania State Athletic Conference (PSAC) Eastern Division matchup at Nelson Field House.

Shippensburg (19-7, 16-4 PSAC) won its sixth straight and its 11th out of the last 12 to clinch a first-round bye for the upcoming PSAC Tournament by virtue of East Stroudsburg’s victory over Shepherd. The Raiders have two regular-season games remaining but can finish no worse than the Eastern Division’s No. 2 seed.

Bloomsburg (12-13, 9-12) clinched the Eastern Division No. 6 seed despite the loss. The Huskies led for most of the first half and were within striking distance down the stretch. Emma Saxton led the hosts with 15 points. Megan Brandt had 14 and Bella Ricci scored 10 points.

Bill Morgal is sports information director at Shippensburg University. He can be reached at [email protected]

Class of 2022 Cheng Learning the American Way at SCS