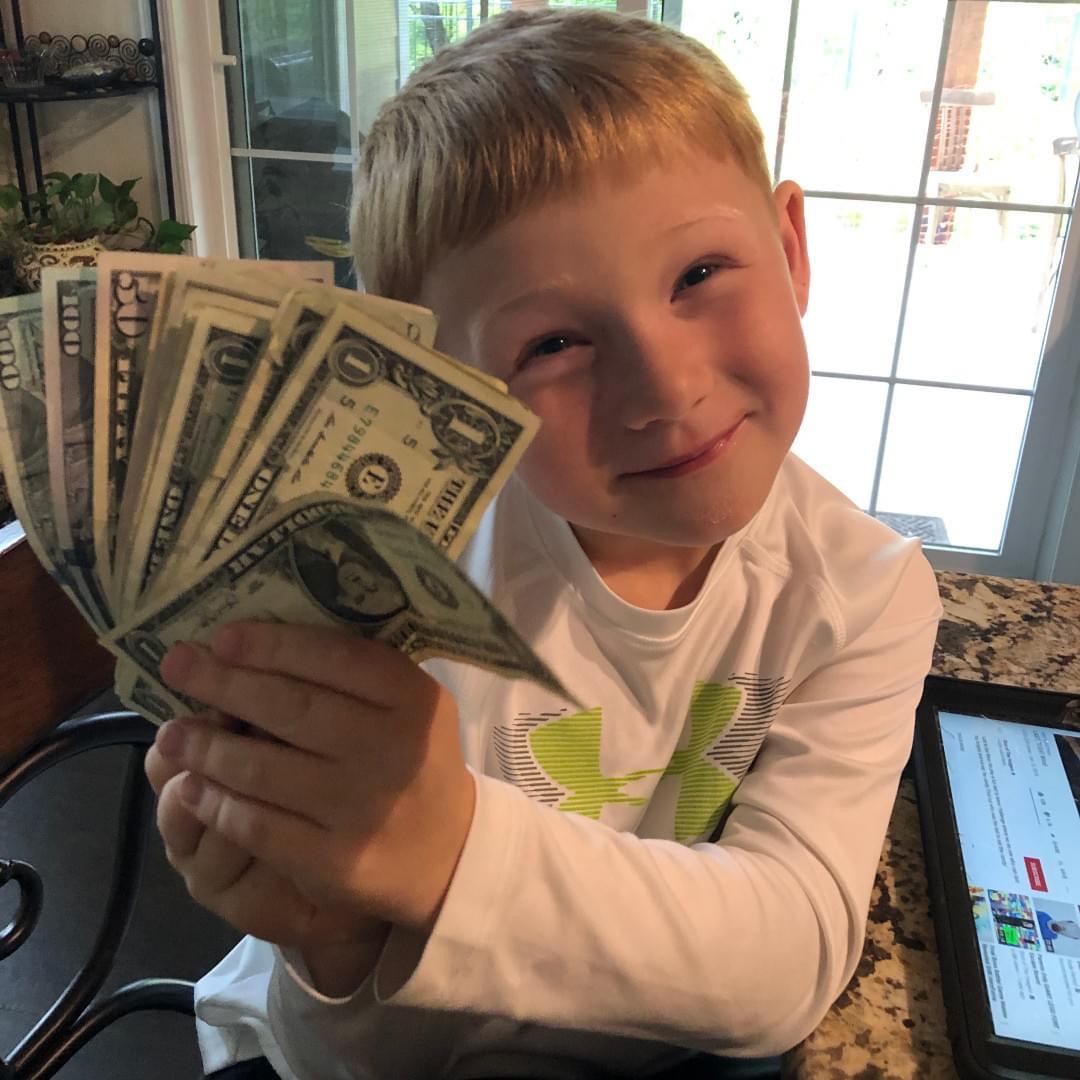 Super heroes are all around us. They can be found in hospitals, or even on playgrounds and in kindergarten classrooms.

So it’s not surprising that when a coronavirus pandemic turns life upside down and evicts children from their classrooms, we hear amazing stories of super kids doing super things.

This is a story of a kindergartener taking on that “so, so bad” virus by helping other heroes do their jobs during a pandemic.

Budget reports, executive meetings and conference calls normally fill WellSpan Executive Vice President Patrick O’Donnell’s schedule. But this week one phone call in particular made the top of his “to do” list.

Wednesday afternoon, O’Donnell made a very special video call to Chambersburg kindergartener, Greyson Meyers, to thank him for his donation to WellSpan Chambersburg Hospital.

Greyson approached his mom with the idea to raise $500 for WellSpan Chambersburg Hospital shortly after schools closed because of the coronavirus response.

“So really, I just got it in a couple days because I asked my mom and my pap, and people like that,” said Greyson who also established an iced tea stand to help raise money.

“I wanted to give them $500 so they could use the money to buy machines and stuff like that,” said Greyson.

O’Donnell assured Greyson that the money he donated will go a long way to help patients recover at the hospital.

“You were a great helper,” O’Donnell told Greyson, “I can’t wait to tell all our helpers what you have done for them. I know some that know about you so far are really appreciative of your kind gesture.”

“This virus is being so, so, bad!” commented Greyson as he discussed plans for summer and his hopeful return to the campground with his family.

Greyson and O’Donnell talked about future career plans and while O’Donnell said he’d put in a good word for a future at WellSpan, Greyson said he wanted to be a builder.

As a token of appreciation for his kind gesture, O’Donnell gave Greyson a gift card to get ice cream.

“The best part of my job is meeting people like you,” said O’Donnell. “I love that part and I got to meet so many nice people; and you know, you are at the top of the list.”

Vicky Taylor - July 8, 2020 0
Police were called to the family’s home on Cleveland Avenue in Waynesboro at just after 7 a.m. today. The younger boy was rushed to Waynesboro, where he died.

February 29, 2020
Thanks for subscribing! Please check your email for further instructions.