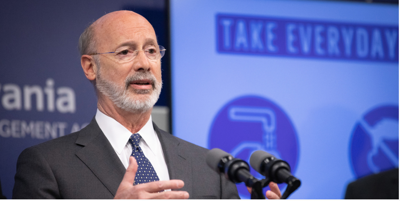 (The Center Square) – The Pennsylvania Supreme Court will decide whether legislators can end Gov. Tom Wolf’s disaster declaration for COVID-19.

The seven judge panel agreed Wednesday to hear the case – originally filed in Commonwealth Court by Senate GOP leaders – after Wolf invoked “king’s bench” jurisdiction on Friday for a quick ruling in his favor.

Republican majorities in the House and Senate approved a resolution last week they say ends the 90-day disaster declaration Wolf imposed on the state back on March 6 and again renewed June 3. Wolf said the resolution – an affront to his authority to enforce restrictions on economic activity and travel during the pandemic – changes nothing because he won’t sign it.

The governor told reporters last week he’d take the issue to court, where he expected a brief legal battle that confirms what he says he already knows – only he can end disaster declarations, not the General Assembly.

In the meantime, the Supreme Court said Wolf’s disaster declaration must stay in place. The news comes the same day the governor and Secretary of Health Dr. Rachel Levine gathered reporters to tout the state’s success in controlling the spread of the virus and to remind residents to stay vigilant.

“We know our decline is real because of the choices we made,” Wolf said. “We’ve had a good experience.”

The governor said data from the federal Centers for Disease Control and Prevention noted that Pennsylvania is just one of three states, including Hawaii and Montana, that have reported consistent declines in new COVID-19 cases over the last 42 days – even as economic restrictions lift across the region.

According to the department, less than 350 new cases were confirmed in the state Wednesday. As total diagnosed cases teeter on the edge of 80,000, Levine urged the 75 percent of patients who’ve since recovered to donate plasma. More than 6,300 have died of the virus, according to state data.

Wolf and Levine said they will make another announcement Friday about which counties may be ready to progress from the state’s yellow phase of mitigation to the less restrictive green stage.

May 22, 2019
Thanks for subscribing! Please check your email for further instructions.