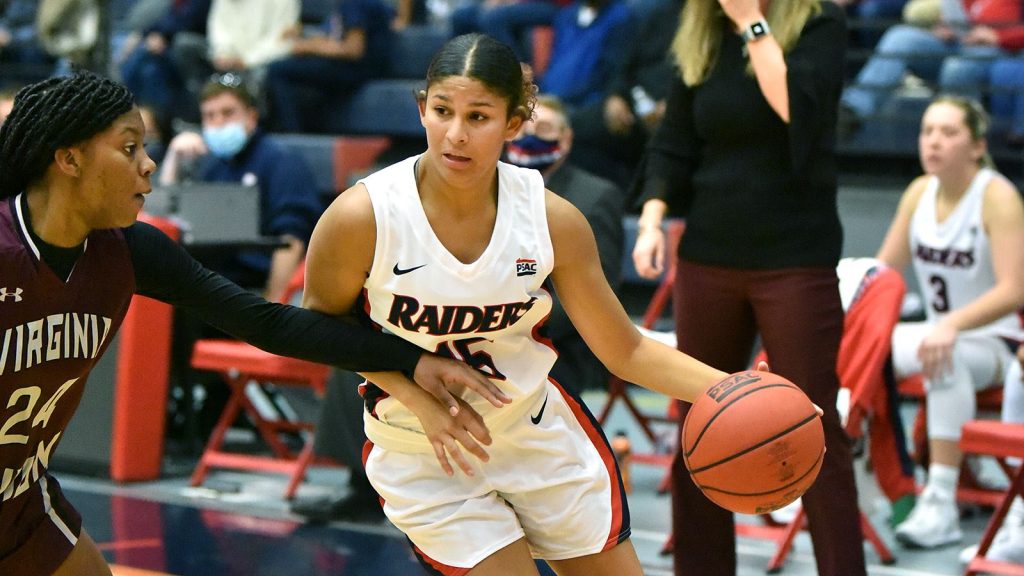 Shippensburg (1-0) put forth a 17-2 run over the opening 5:03 of the second quarter to establish a 41-20 lead. Virginia Union (0-1) trailed by 17 points at halftime but got within seven points of the lead with 5:02 remaining before the Raiders pulled away.

Jones’ 35-point effort marks her 23rd career game of 30 or more points. She was 4-of-9 from the three-point range and 7-of-12 from the free-throw line. Jones scored 26 points in the first half, only three points less than the entire Panther team. Sixteen of her points came in the first quarter. She also added eight rebounds, a block, and a steal and committed just two turnovers.

Sophomore Treasure George (Harrisburg, Pa./Bishop McDevitt) made her first collegiate start and was 7-of-10 at the free-throw line.

The Raiders scored 34 points in the paint and had 32 points off turnovers.