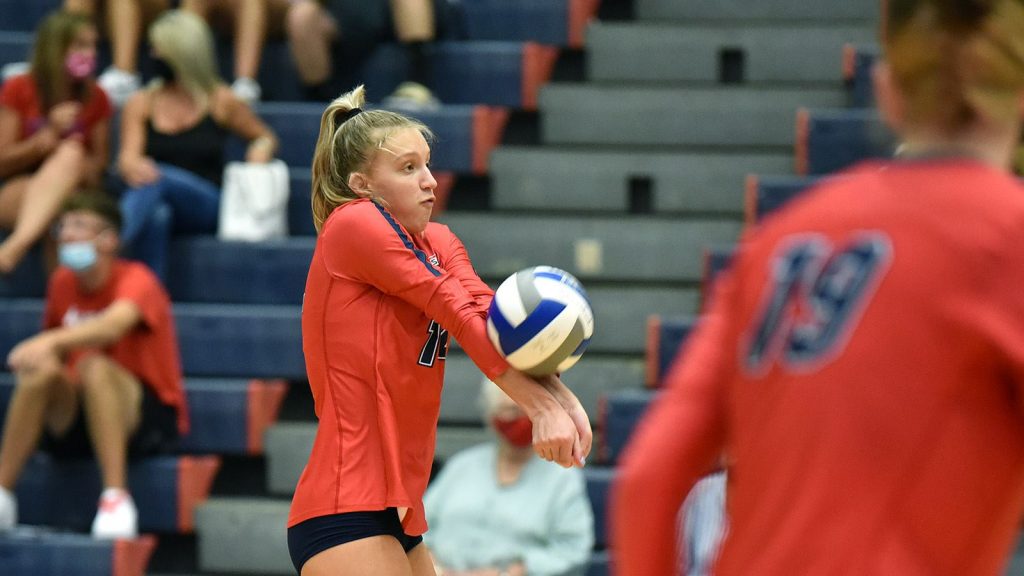 Also adding to the SU attack was junior Rachel Verhoef (Greencastle, Pa./Greencastle-Antrim), who had nine kills and two blocks. Freshman Lily Letchworth (Blue Springs, Mo./Blue Springs) and freshman Sabrina Sheppard (Glen Burnie, Md./Northeast) each worked at setter on the night – Letchworth had 27 assists, nine digs and two aces while Shepherd had 23 assists, 12 digs and a kill.

Pitt Johnstown (10-5) hit .204 compared to .186 for the Raiders and had three players with double-digit kills. However, Shippensburg had eight aces compared to two for UPJ.

In the second set, the Mountain Cats were looking to win a set, but the Raiders seized momentum. SU had a set point after a kill from Negron but was unable to convert, and the Mountain Cats won the next two points to even the match.

Each of the final three sets were decided by two sets. The third set was similar to the second set with each point going back and forth. The set again tied at 24-24, until SU got kills from Negron and Gardner to take a 2-1 lead.

The Raiders were trailing 9-5 at the start of the fourth set but the score eventually made its way to 23-23. A kill from freshman Maddie Clabaugh (Gettysburg, Pa./Delone Catholic) and Leitner’s second service ace closed it out.

SU’s volleyball team is on the road this weekend for its next two conference matchups, beginning at 7 p.m. Friday at Bloomsburg.