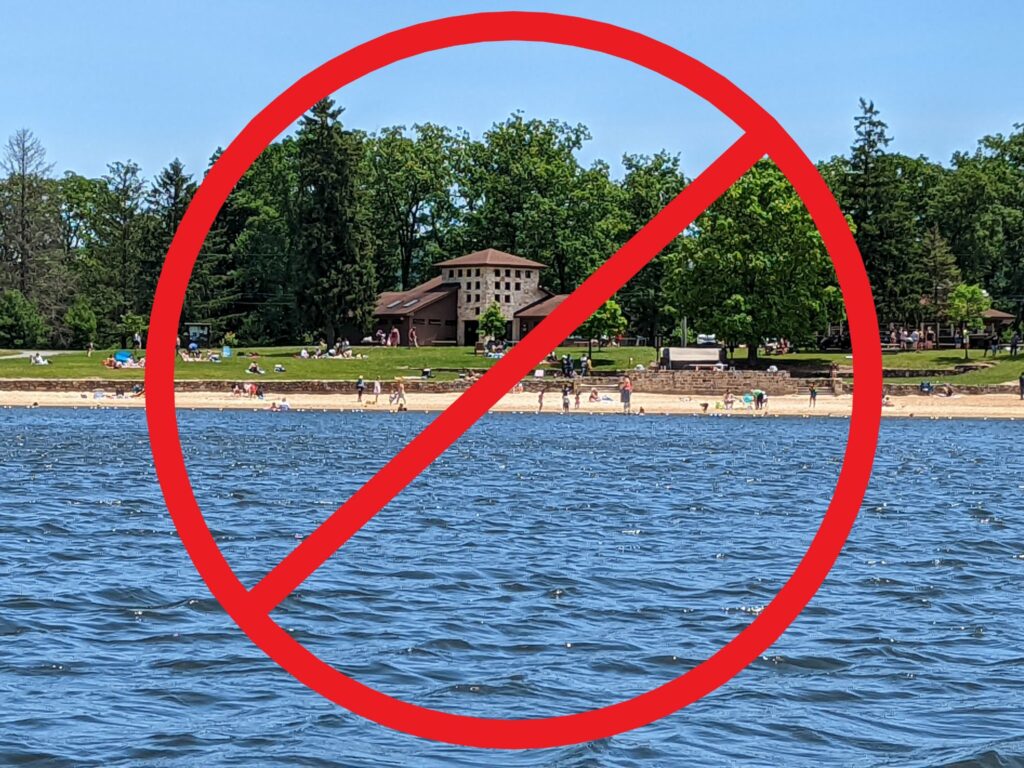 On one of the hottest weeks in July, this year Swimming is banned due to a water test that showed an elevated coliform count at Cowans Gap State Park.

Coliform bacteria get their name from the Coli culture test, which is a test used to detect these bacteria in water and other samples. They are a group of rod-shaped microorganisms that are commonly found in the environment.

Coliform bacteria do not cause disease. But the presence of a high level of coliform bacteria is usually an indication that other disease-causing organisms may be present in the lake. While they’re not always harmful, coliform bacteria can cause serious illness if ingested or when they come into contact with open wounds.

Coliform bacteria in lakes can come from a variety of sources, including feces, soil, vegetation, and animal carcasses. They can also be introduced into lakes through stormwater runoff and wastewater discharge. Coliform bacteria can survive in a wide range of environmental conditions, so they can be found in both fresh and saltwater.

After the routine water testing returned elevated swimming is prohibited at the lake but the day use area remains open. The park will be tested daily and will re-open swimming when bacteria counts reach an acceptable level.

With the heavy summer storms, Franklin County just had over the weekend and earlier in the week it does not come as a surprise that the levels would be higher than usual. We must all work together to keep the beautiful places clean and enjoyable for everyone for years to come.

Ways We Can Help

·   Preventing livestock from grazing near the lake

·   Cleaning up after dogs defecate near the lake

·   Fencing off animals from lakes (and if they have to go, making sure they go far away from the shoreline)

·   Using fertilizer and manure sparingly, or not at all, in agricultural areas near lakes

·   Install an aeration system to continually mix and oxygenate the water where E. coli is a concern