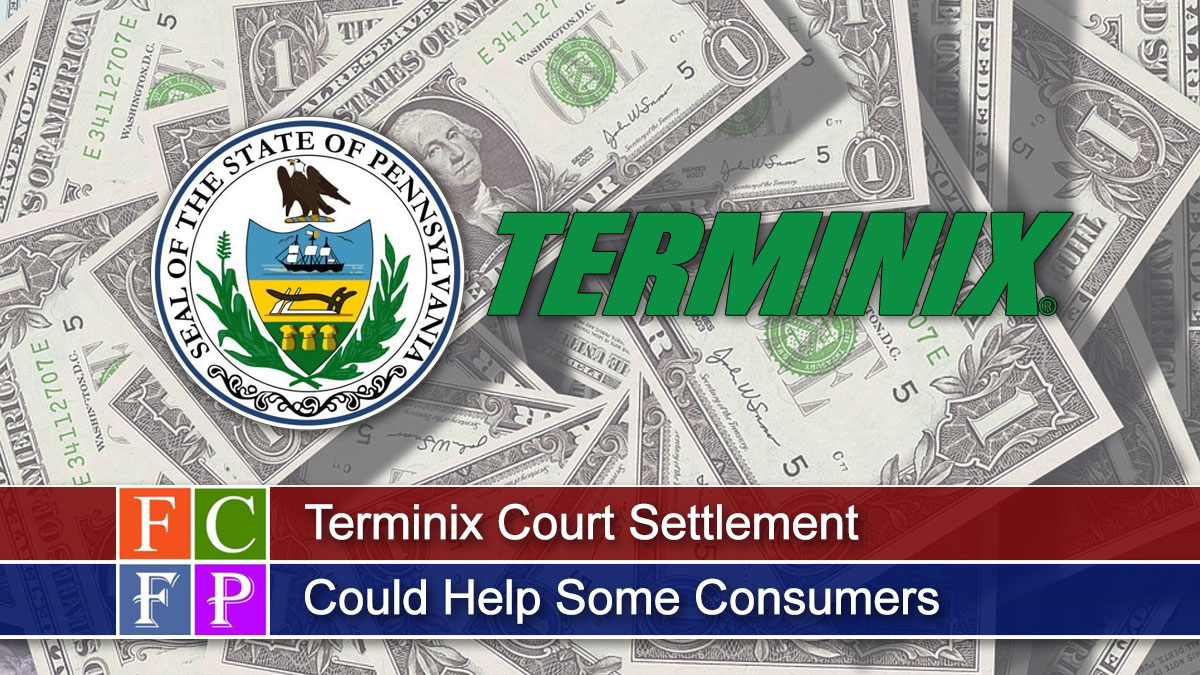 The settlement resolves allegations that Terminix failed to consistently provide Pennsylvania consumers with copies of service agreements and other documents. Those include a notice of cancellation at the time of sale. State and federal consumer protection laws require it.

The investigation began after consumers complained to the Attorney General’s Bureau of Consumer Protection about Terminix business practices. Claims were that Terminix required customers to sign an iPad when agreeing to services. They then informed them that they would receive a copy of the signed agreement in an email.

However, these consumers reported that they never received the agreements.

Under state and federal law, agreements containing financial charges must be provided to consumers at the time of signing. As a result, some Pennsylvania consumers paid Terminix charges they were not obligated to pay.

“Pennsylvania consumers deserve to be fully informed as to the terms of contracts they are entering into so that they can make sound financial choices,” Shapiro said.

He said Terminix violated state and federal consumer protection laws by failing to deliver agreements to consumers in a timely manner.

Terminix reached out to Franklin County Free Press on Thursday, saying the company is taking steps to make sure the situation does not happen again.

“At Terminix, the satisfaction of our customers is our top priority,” said Terminix spokesperson Drew Blake. “We strive to offer our customers new technologies and innovative practices, including offering convenient paperless options for document signature and delivery, to best serve their needs.”

He said a very small number of customers were affected, as reflected by the size of the settlement.

“We have since thoroughly reviewed our digital contract processes and implemented new procedures to ensure complete customer satisfaction,” he said.

Through the settlement, Pennsylvania consumers can claim restitution for charges they incurred due to the deceptive practices.

“Our Bureau of Consumer Protection will continue to work to exterminate any instances of companies taking advantage of the people they are supposed to serve,” Shapiro said.

One Pittsburgh consumer reported she entered into a contract with Terminix to get rid of pests in her home. She said she signed the contract on an iPad but was not aware that it was a finance contract. The consumer was not aware of the terms either, she told the AG’s office. She said she did not receive a paper copy of the contract until 10 days later. The woman felt she was misled about the contract. She claimed she was billed thousands of dollars she wasn’t expecting.

The settlement includes $18,941.98 in restitution for more than 200 Pennsylvania consumers harmed by the company’s allegedly deceptive practices. Affected consumers will receive a restitution check from the Commonwealth of Pennsylvania in the coming months.

The settlement also includes restitution for eligible consumers who did not receive a copy of their service or finance agreements.

To get restitution, those consumers must file complaints with the Bureau of Consumer Protection within sixty (60) days of the filing of the settlement.

Complaints can be submitted online, in person, by calling 1-800-441-2555 or by emailing [email protected] Deputy Attorney General Jill Ambrose filed the settlement in the Allegheny County Court of Common Pleas.

Kauffman Calls for Investigation of DOC, Board of Probation and Parole