The Coronavirus and Wolf’s approach 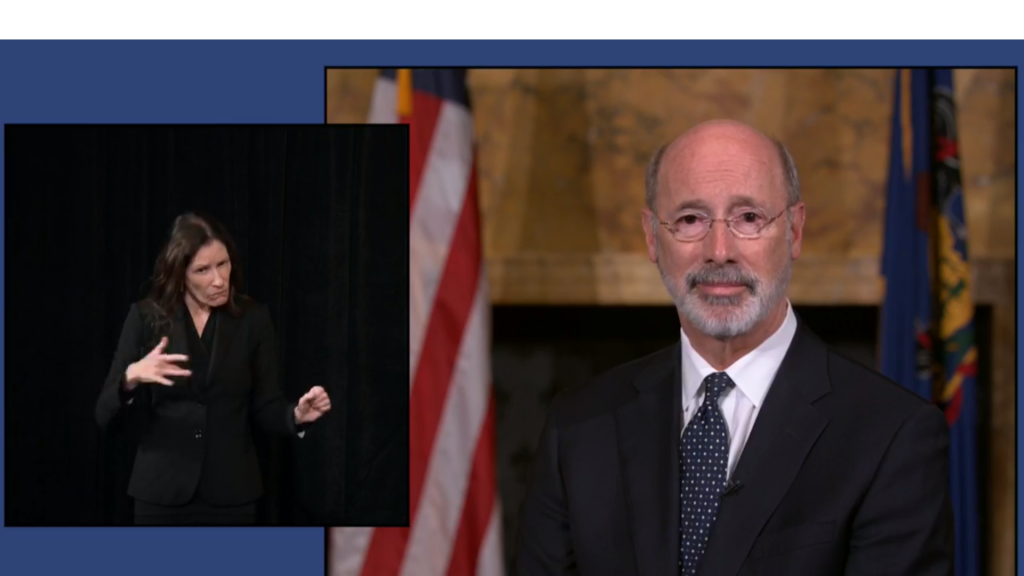 A moment from early in the coronavirus crisis has stuck with me. It was March 14, a Saturday, just before Gov. Tom Wolf switched to virtual press conferences as a precaution.

Wolf had already ordered schools in Montgomery and Delaware counties to close, and at a news conference at PEMA headquarters, he announced the rollout of the same mitigation efforts in Chester and Bucks counties.

But, in Philadelphia, Mayor Jim Kenney wasn’t ordering similar restrictions, and on the same day, he suggested people should wash their hands and keep a distance from others, but still go out to dinner and tip their waitstaff.

A reporter asked Wolf if Kenney’s message was irresponsible.

“That’s pretty harsh,” Wolf said. “I would say that we’re in new territory. We’re all trying to do our best. I’m sure he is. I know I am. …There will be some disagreements. We’ll learn things from each other. And as we move through this, we’ll, I’m sure, change our minds many times.”

Two days later, Kenney and Wolf both separately announced sweeping restrictions. The moment stuck with me because Wolf has struck a similar low-key tone throughout the crisis — even as he expands his use of emergency powers and disagrees more and more with Republican lawmakers and others who want more businesses to reopen.

This week, Republicans who control the General Assembly passed legislation that would open up more businesses, including many types of construction. They say Pennsylvania’s restrictions go further than those in many other states. In letters to lawmakers, Wolf’s health secretary, Dr. Rachel Levine, said encouraging social movement by reopening a significant amount of business “would be reckless and irresponsible.”

“I’m not sure whether there are people who are willing to ignore science,” Wolf said on Friday when asked about an emerging “adversarial” attitude toward the closures. He said people want to get back to work and they also want to keep each other safe.

“We are trying to steer the fine line between those two,” he said.

Politico’s Holly Otterbein, who previously worked for Philadelphia magazine and The Philadelphia Inquirer, looked at how Wolf’s “keep-his-head down approach” differs from many other Democratic governors. She writes:

Michigan Gov. Gretchen Whitmer recently wore a T-shirt on “The Daily Show with Trevor Noah” that read “That Woman from Michigan,” poking fun at Trump’s diss of her. On “Meet the Press,” Washington Gov. Jay Inslee quipped, “Can you imagine if Franklin Delano Roosevelt said, ‘I’ll be right behind you, Connecticut. Good luck building those battleships?’” On Tuesday, (New York Gov. Andrew) Cuomo said of Trump’s assertion of “total” authority, “We don’t have a king in this country.”

Wolf told Otterbein that his style “is just me — I’ve been like this since I was a kid.” She notes that the state’s per capita ranking for coronavirus cases is significantly lower than New York’s and New Jersey’s, and she provides examples of how his approach has kept him off Trump’s enemy list.

Meanwhile, Republican lawmakers in Harrisburg are increasingly at odds with him — regardless of how he delivers his message.

“We are tired of hearing his rhetoric that he wants to work with us, while at the same time making unilateral decisions,” Senate Republican leaders said in a statement Friday. “It is far past time for him to abandon his go-it-alone approach and come to the table to work with the General Assembly on real solutions.”

So what are their options? Wolf issued his emergency declaration on March 6, and it lasts 90 days unless he renews it or lawmakers pass a concurrent resolution to terminate it.

I asked Senate Majority Leader Jake Corman (R-Centre) last week, just after the Senate passed bills to open up more businesses, if there was any interest in revoking the governor’s emergency powers.

“I don’t think that’s under consideration at this point in time,” Corman said. “You know, obviously, we’re in an emergency right now, particularly in the southeastern part of the state.”

How lawmakers try to put pressure on Wolf in other ways — maybe by passing more reopening measures, maybe in how they negotiate with Wolf over the state budget or some of the recovery measures he’s proposed — is something I’ll be watching in the weeks and months ahead.

Ed Mahon is a reporter for PA Post. Previously, he was an investigative and political reporter at the York Daily Record/Sunday News, where his work revealed holes in Pennsylvania’s system for protecting victims of domestic violence. He grew up in Delaware County, graduated from La Salle University in Philadelphia and has lived in Pennsylvania most of his life.