Wasteland 3 review: The Good, the Bad and the Buggy 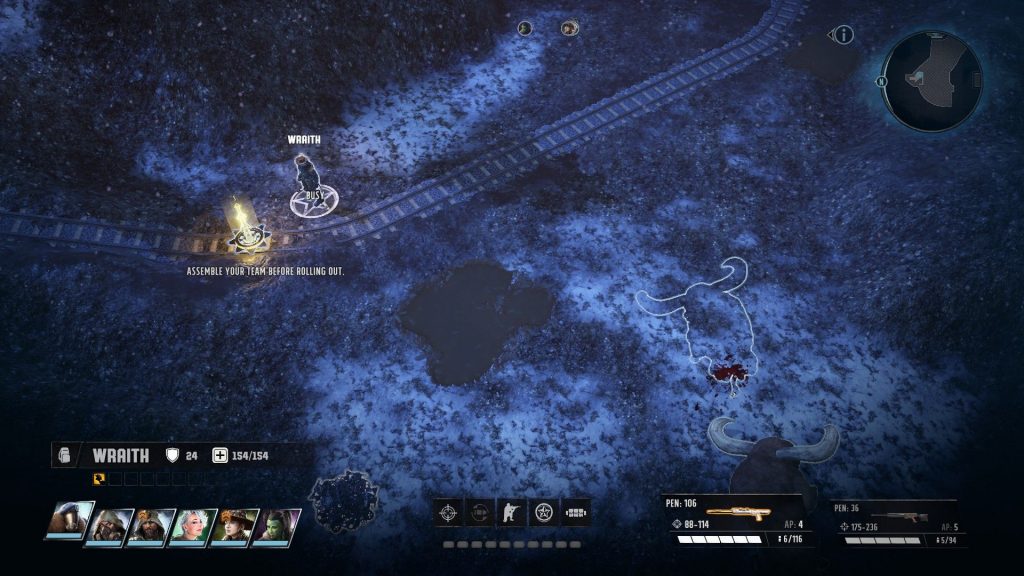 The Good, The Bad and the Buggy, a review of inXile’s Wasteland 3, a party-based roleplaying game

First off, I backed Wasteland 3 post Fig Campaign via CrowdOx campaign, and second, I wanted it to be good.  I wanted it so bad.

I am a big fan of the first two games in the series; and I was pretty anxious to get my claws into this hot, radioactive mess.

My first disappointment came during the beta when I discovered an AI had been casually placed into the two ton-death machine with armor plating and a gun turret that I call my ride.  I was sure I’d have to hire someone new to come into my shiny new Ranger HQ and scrub away what little brains the radio operator had to blow out from our command center walls.

After all, we did fight a war against a malicious rogue AI in Wasteland1…and 2.

You can imagine my shock when the only dialog options I was given were to thank him; or ask for some of his pedestrian backstory via queries into the source of his ‘expertise’ on the subject of AI.

After losing the best damn ranger from team Echo during the ending events of Wasteland 2; which is NOT the canonical ending used to advance the story of Wasteland 3; I was stunned and deeply saddened to learn that team November in Colorado would turn out to be a bunch of AI lovin’ traitors.

This and other events would prove to be telling of the overall direction the plot would take. But they were all just icing for the excrement cake I’d be dining on for the next sixty odd hours. The glitches would begin hounding me right from the start. They, much like our eventual AI overlords, proved to be relentless and without mercy.

I found one of the best features of the game to be the AI.

Indeed, it’s so bad at its job of positioning troops and attacking that I have faith we may yet survive our own Cochise AI apocalypse.

Watching my enemy (or sometimes computer-controlled allies) run back and forth between two spots on the map separated by three grid squares instead of moving into range of my troops and attacking amused me the first several times it happened.

After that, I found myself frustrated at the alarming frequency of this and other such bugs in pathing.

I did come to understand the Rangers’ constant need for fresh recruits.  After all, I had to put several down with my own sniper rifle when they broke formation and ran into an encounter before I could even attempt to set up any kind of tactical advantage.

I suppose it was inevitable that the radiation would liquify everyone’s brain.

In addition, numerous other glitches continued to plague me with things like:

Glitches aside, I was severely let down by the story. It’s taken a very different tack from the kind of stuff we saw in Wasteland 1 & 2; and not for the better in my opinion.

You’ll find yourself in control of the lone two survivors of a massacre upon starting the game proper.  You’ve been tasked with helping the local leader, known to most of his subjects as ‘The Patriarch.’

Your job is to obtain desperately needed supplies to be sent back to your starving comrades in Arizona.

You’ve also been asked to spread the influence and good name of the Rangers to the people of Colorado, upholding the law and protecting the innocent.

So, first order of business, let’s do some good in downtown Colorado Springs, right?

Well, in doing so you gain a new companion and learn the locals have a problem with refugees coming in from the plains. To top it off, there soon won’t be enough food to feed everyone.

Wait…Come again? You’re out of food?  So… what kind of a relief can these half-frozen halfwits offer to our starving people in Arizona if they can barely feed themselves?

Upon learning this, I marched right over to the Patriarch to demand answers, only to find myself frustrated with the lack of a dialog option.  It never comes up again; making me question the coherence of the entire plot in this shambling mess of a game.

Now, credit where credit is due, I admit there were a few things that this game just nailed.

The Wasteland series has become known for a morbid yet wacky sense of dark humor. They really hit the mark on this front in the latest installment.  You’ll also see a lot of unique and enthralling factions and characters throughout the frozen Colorado wasteland. That’s another staple of the series.

It’s too bad that the models for these characters look like they were whipped up on a cocaine-fueled final project crunch by a freshman animation student.

I see hair shimmering as the polygons intersect during conversations. I get the impression that while some of the characters are supposed to be ugly, none are supposed to have built a cabin and set up shop so deep in the uncanny valley.

It’s like watching a Lovecraftian nightmare erupt out of someone’s face; which would be fine if I weren’t talking to an unmutated drunk hick.

Where it fell short

In the end, while inXile’s latest contribution to the gaming landscape maintained the spirit and overall mood of the Wasteland 1 & 2 experience, they fell short on several vital fronts such as plot, story coherence and graphics.

If you loved the first two games and just can’t get by another year without some fresh wasteland humor and brutality, I would recommend giving Wasteland 3 a shot in a few months when most of the bugs have been patched and it’s a more playable experience.

If you’re concerned most with the plot and finding out what happens to the Desert Rangers after the final battle at Ranger Citadel though, here’s a suggestion. Just play through Wasteland 1 & 2 again before sitting down with a dust-covered bottle of Snake Squeezins and let your drink-addled imagination take you away.

Including the hangover that comes with it,  you’ll likely find it a more rewarding experience.