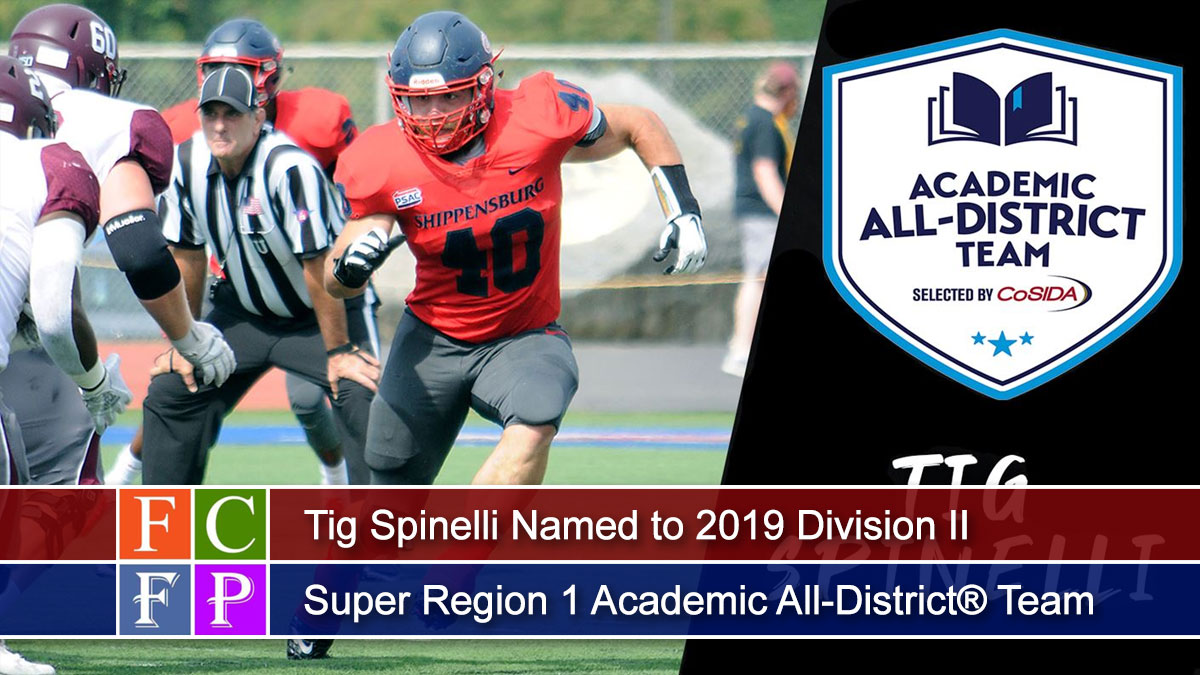 Spinelli is a double major in supply chain management and management information systems At SU. He has a 3.86 cumulative grade-point average (GPA). It is the second consecutive year that he has earned Academic All-District® honor. It makes him SU’s first two-time honoree since running back Justin Pyle (2015, 2017).

A starting middle linebacker for the Red Raiders, Spinelli is SU’s leading tackler this season with 61 through 10 games. He is second on the team with 7.5 tackles-for-loss (TFLs), including two sacks, and has recorded one interception. He also leads the PSAC with two blocked kicks.

The 2019 Academic All-District® Football Team recognizes the nation’s top student-athletes their combined performances on the field and in the classroom.

October 24, 2019
Thanks for subscribing! Please check your email for further instructions.