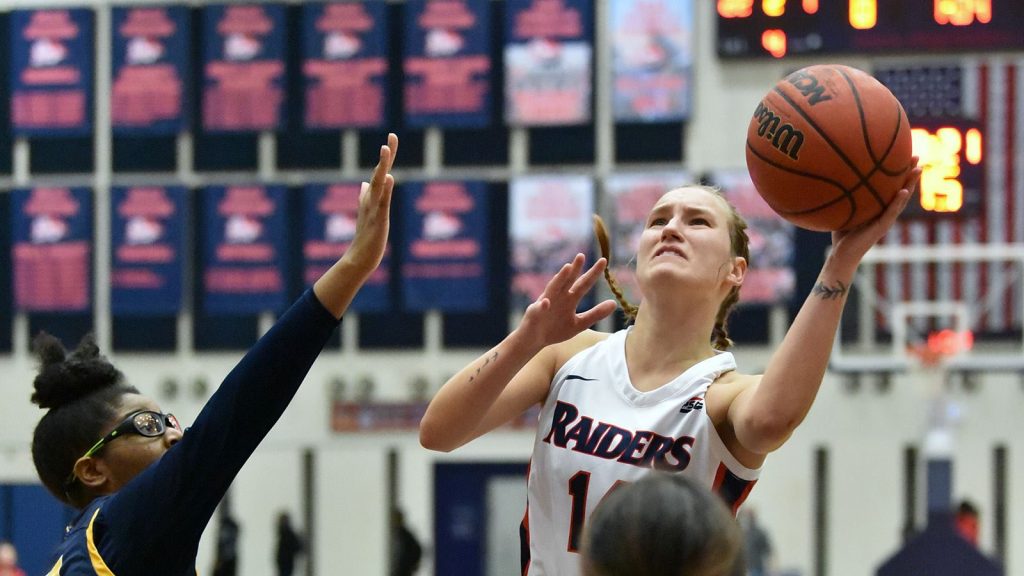 The Tigers of Salem University fell to Shippensburg University women’s basketball team 103-67 Sunday afternoon in a non-conference matchup at Heiges Field House. It was the Raiders second straight victory.

The Raiders unleashed a 20-4 run in the first five minutes of the game and finished the first quarter shooting 76.2 percent from the field. Salem (1-5) trailed by 21 points entering the second quarter and would not get any closer than 16 points for the remainder of the game.

SU maintained a large lead over the Tigers for the majority of the contest, establishing a 36-15 lead after the first quarter and a 56-33 halftime advantage. The Raiders led by as many as 39 points in the contest.

Junior Lauren Pettis (Harrisburg, Pa./Susquehanna Township) posted her third double-double with 14 points and 11 rebounds. Pettis shot 7-of-12 from the field and added an assist and a block.

Sophomore Treasure George (Harrisburg, Pa./Bishop McDevitt) posted a career high of eight assists, including six assists in the first 10 minutes of the game. George scored in double figures for the second straight game with 12 points and six rebounds.

Freshman Taja Colbert (Harrisburg, Pa./Bishop McDevitt) matcher her career high of 11 points and shot 5-of-7 from the field. Colbert added two assists and one steal.

Shippensburg is back in action at 5:30 p.m. Friday when it hosts Mercyhurst at Heiges Field House.