Home Local Government News Toomey Pushes for Legislation to Make It Easier to Donate Food for... 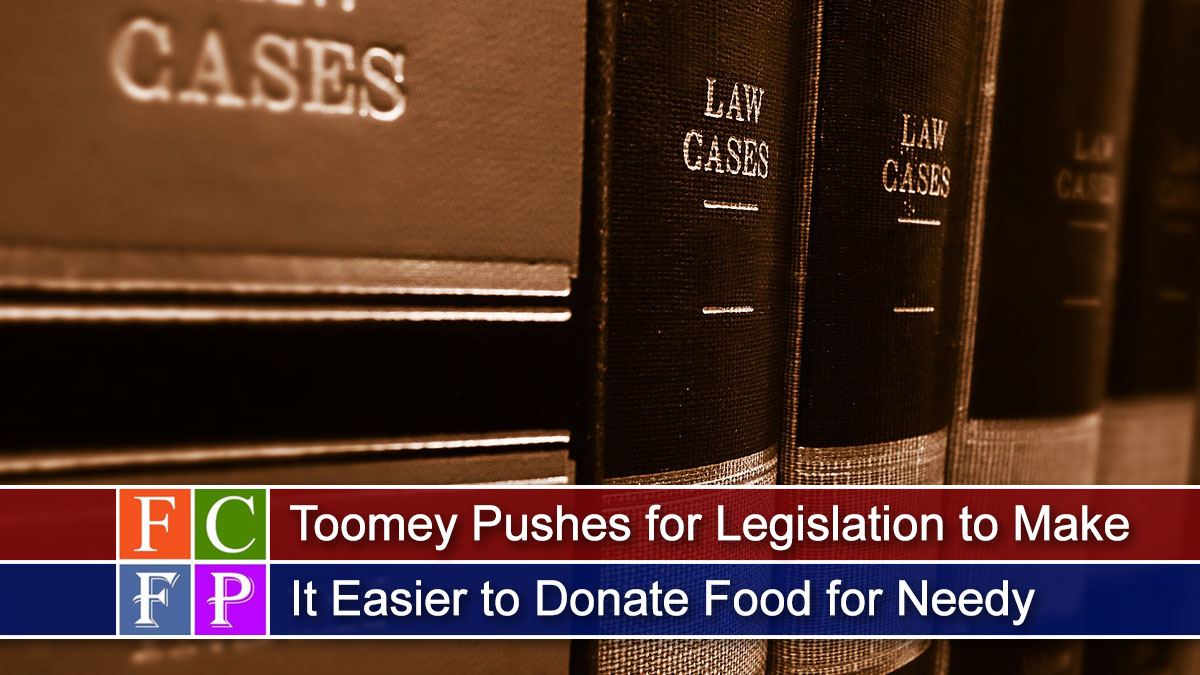 By Dave Lemery | The Center Square

To encourage charities and businesses to donate excess food to organizations that can distribute that food to the needy, the entity doing the donating is generally exempt from any legal liability provided that the donation is made “in good faith.”

But Republican U.S. Sen. Pat Toomey of Pennsylvania is concerned about an exception to that law – if the organization receiving the donation charges a nominal fee to cover its logistical costs, then the source of the donation no longer enjoys the same legal protection. And that, in turn, can cause some potential donations not to happen, Toomey said at a news conference Tuesday.

To remedy that situation, Toomey and Democratic U.S. Sen. Richard Blumenthal of Connecticut have introduced the Food Donation Improvement Act. Toomey spoke about the importance of the legislation Tuesday during a visit to Blessings of Hope, a food donation wholesaler in Leola, Pennsylvania.

Toomey explained that the nominal fee some food banks charge is not about making money, it merely serves to keep their operations going.

“It’s not exactly free; it’s nearly free,” he said. “It’s much less expensive than what you would find in a supermarket. But there’s a modest fee, sometimes that covers handling costs, for instance. Well, once that modest fee is charged, there is then a liability that goes with the person or the entity that contributes the food.”

He hoped that by the bill being co-sponsored by senators from both parties, it would be easy for the U.S. Senate to get behind it.

“The goal is simply to reduce the barriers to donating more food,” he said. “The outcome, we hope and we think, is that less good food will end up in a landfill and more will end up on the table of a family that needs that food.”

Blumenthal, in a news release last month, was similarly optimistic about the potential for the legislation to do good.

“Too many manufacturers, retailers, restaurants and other potential food donors across the country regularly decide against donating food to those in need out of fear of liability,” Blumenthal said. “As a result, millions of tons of food go to waste while Americans who are food insecure continue to go hungry. The Food Donation Improvement Act closes this gap by clarifying liability protections while enabling more timely and efficient food donations.”

David Lapp, the CEO of Blessings of Hope, said he expected the legislation would lead to an increase in donations.

“[The] legislation here that the senator is proposing, we’re looking at just donor confidence, ways for the food donors to be able to donate food more confidently, that they’re not worried about the liabilities and everything that goes with that,” he said.

Senate Bill 3141 is pending before the Senate Agriculture, Nutrition, and Forestry Committee.

Today Is Last Day to Register to Vote Before Primary