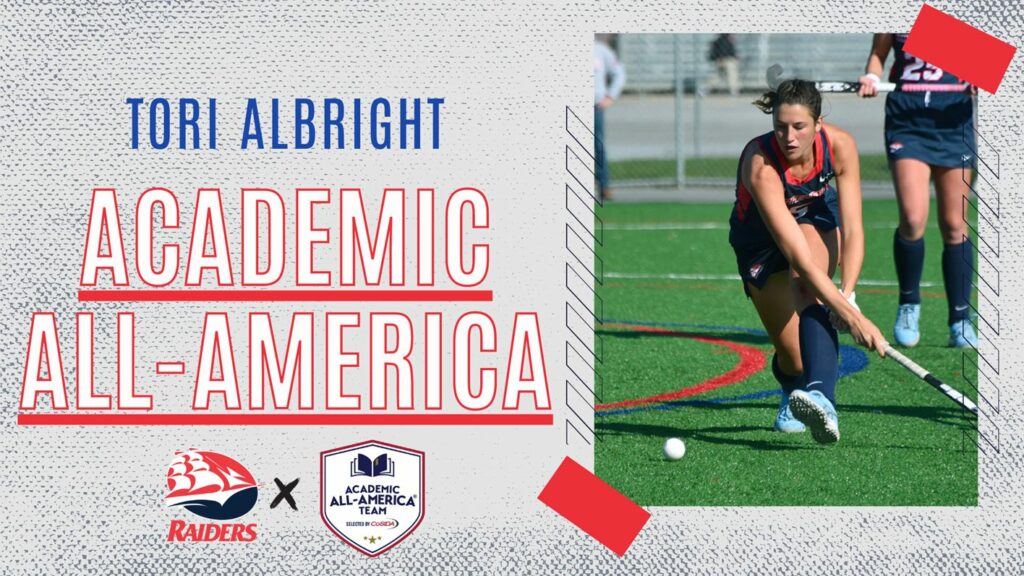 Shippensburg University graduate student Tori Albright (Landisburg, Pa./West Perry (UConn)) was named Wednesday afternoon to the 2021-22 Division II Academic All-America ® At-Large Second Team, an award that recognizes the nation’s top student-athletes for their combined performance on the field and in the classroom.

Albright has completed two semesters of graduate school at Shippensburg and is majoring in biology. She holds a 3.79 cumulative grade-point average (GPA) after graduating in May 2021 from UConn with a biology degree and a 3.79 GPA.

READ: Ship U: Jazmin Petrantonio named the D2 Honda Athlete of the Year

It is the first time since 2005 that three Raiders from the same sport were recognized as part of the Academic All-America ® Team. That year, three SU Softball players were honored: Liz Corr, Anna Corr, and Jaime Dacey. Albright, Sluymer and Petrantonio are the first SU Academic All-Americans ® in the At-Large category since Gracee Tothero of Women’s Swimming in 2019-20.

Albright was an integral presence on a defense that led the nation with 12 shutouts and ranked seventh in the nation in allowing just 0.81 goals per game. She was also a valuable contributor to penalty corners, finishing the season with three goals and six assists.

Her performance at Shippensburg this season was especially noteworthy considering she played forward during her undergraduate career at UConn before transitioning to defense with the Raiders and becoming an All-American at the position.

The Academic All-America ® Team is selected by the College Sports Information Directors of America (CoSIDA). While most of the Academic All-District and All-America ® teams focus on specific sports such as football, basketball or volleyball, the At-Large category features a collection of several sports – making Albright’s selection especially prestigious.