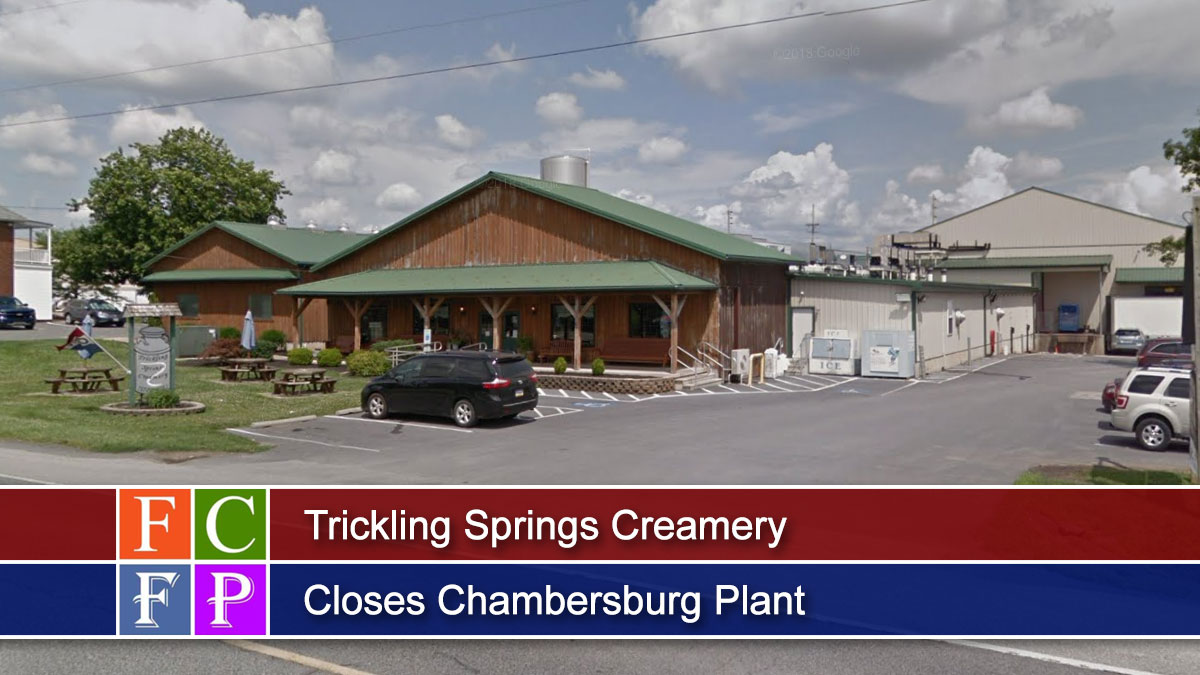 CHAMBERSBURG (Sept. 28, 2018) — Trickling Springs Creamery shut its processing plant down yesterday and will close its retail store in Guilford Township next week.

The company made the announcement on its Facebook page yesterday. Joe Miller, sales and marketing director, said that was the only statement TSC will have regarding the closure.

The announcement said the processing plant would shut down, effective that day, but the retail store on Molly Pitcher Highway would remain open until 4 p.m. next Saturday, Oct. 5.

The creamery has not given a reason for the closure, but a complaint filed by Pennsylvania’s Banking and Securities Commission last year points to serious financial problems for the business. .

That complaint alleges the company and owners Philip Riehl, Gerald Byers, Dale Martin, and Elvin Martin sold promissory notes to investors totaling almost $8 million between February 2015 and October 2017. They didn’t disclose to investors the company’s financial condition or risk associated with the notes, according to the complaint.

The complaint also alleges the owners received money from the company’s bank accounts during the same time period.

One section in the complaint calls the action fraud and gave the company 30 days to reply. There is no public record of a reply or any additional action.

Miller did address the issue of more than 100 Trickling Springs employees who lost their jobs with the plant closure.

He said the company is having a “job fair” type event Monday at the Chambersburg location with recruiters and agencies prepared to offer jobs to creamery employees.

“As sad as the (closure) news is, we are glad to be able to offer our team members an opportunity to find other work,” he said.

TSC was not a milk producer, just a processor. The company bought milk from local dairy farmers and processed it at the Franklin County plant.

Miller said most of those farms have other outlets for their milk.

Trickling Springs Creamery was founded by two friends, Gerald Byers and Myron Miller, in 2001. The goal was to process premium milk from local farmers for the local community.

They established high standards for their milk sources. Farmers were given guidelines for feed, caring for their animals, and taking care of their land’s eco-sustainability.  The creamery wanted milk from cows with access to pasture year round and a grass-intensive diet.

All of Trickling Springs dairy products were minimally processed using low-temp pasteurization, simple ingredients, and no additives to TSC whole milk and creams.

In 2002, the creamery became certified as an organic processor and started selling organic products throughout the greater Mid-Atlantic region.  As their reputation for quality organic grass-fed dairy products grew, TSC expanded distribution throughout the eastern seaboard region. They eventually supplied more than 1,500 locations.

In 2015, TSC started building a state of the art cheese making facility in Newville, 20 miles north of the Chambersburg plant. The plan was to make cheese for the Mid-Atlantic region.

The company said on its website that it was committed to growing sustainable organic farming in the Mid-Atlantic area.

The website lists the following awards TSC has received over the years: