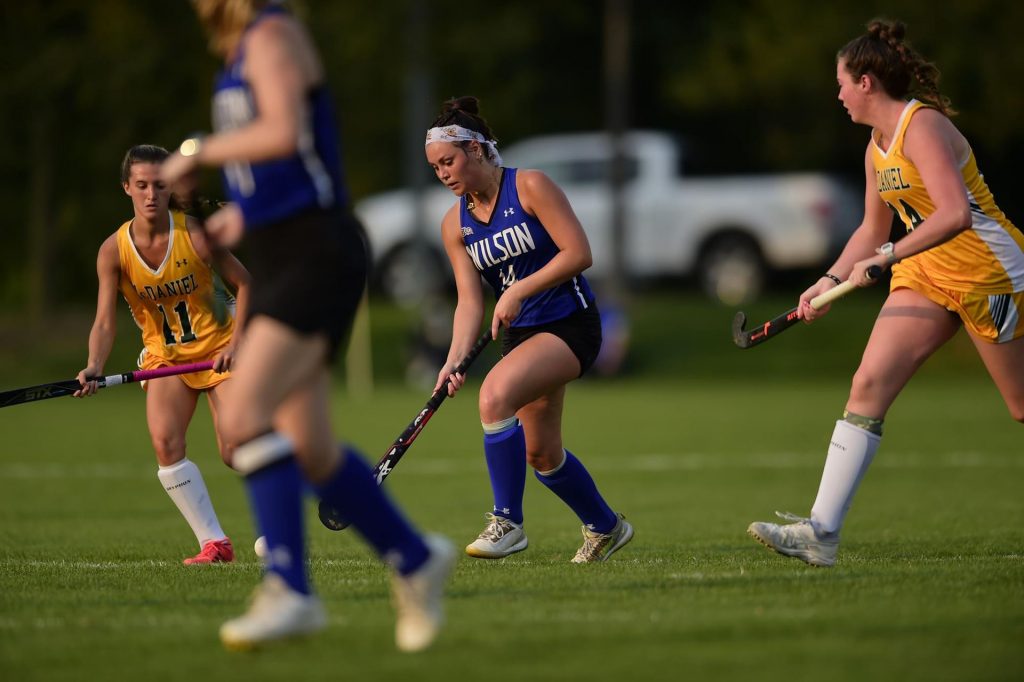 About two minutes later, the Phoenix received a little help as Centenary slipped up and scored in it’s own goal, propelling Wilson in front to 2-0. Later on, still in the first period, junior Alexis Pflumm (Camden, Del., Caesar Rodney) got in on the scoring action, notching the third goal off a pass from senior Breeann Sheaffer (Middleburg, PA., Midd-West). Singer went on to tally two more goals in the first quarter. Both were assisted by freshman Brea Kelso (Shippensburg, PA, Shippensburg), as the Phoenix took an early 5-0.

Wilson ballooned their lead by three more goals, scored by Pflumm, Sheaffer and Singer, as the Phoenix walked away with the 8-0 victory.

Singer totaled four goals in the win while Pflumm collected two. Four different goalkeepers saw playing time in the shutout as Wilson shutdown the Cyclone defense, limiting them to no shots on goal and just two shots total. Four different Phoenix tallied assists while the team totaled 28 shots, including 15 on goal.