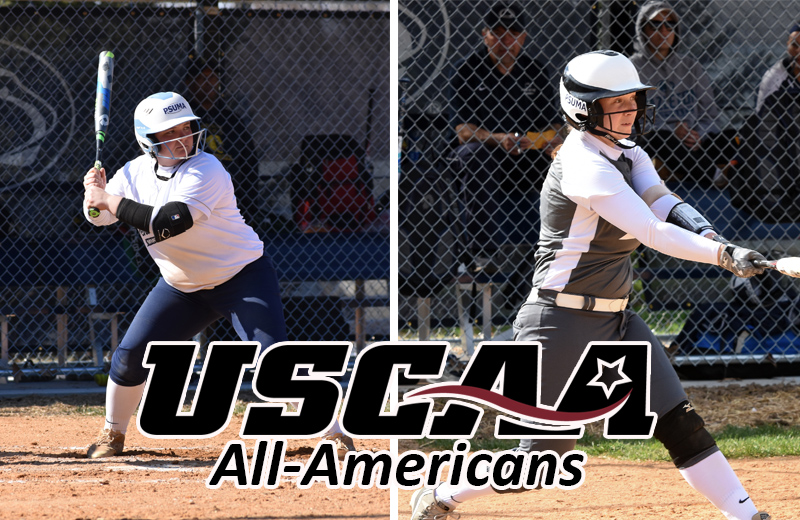 It marks the second-straight year that Wagner received an All-American nod, and this was the first-ever national selection for Feaser. A full list of the 2019 USCAA Softball All-Americans can be found here.

Following up on an outstanding freshman campaign, Wagner led the team this season in numerous batting categories including a .541 batting average (53-for-98), which was sixth best within the USCAA.

She was one of 10 student-athletes within the PSUAC that had a batting average over .400 as she also topped Mont Alto with a .867 slug percentage, three home runs, and 34 RBIs.

The Newville, Pa., native also slashed three triples, while also leading the nation with 19 doubles. She finished the season playing third base for the Nittany Lions racking up a .889 fielding percentage with 26 putouts.

Krista Feaser batted at the top of the Nittany Lions order all season, playing in all 34 games rotating between the outfield and shortstop.

Feaser batted .340 with a home run and 17 runs batted in. She was second-best on the team scoring 31 runs and showed a knack for stolen bases with 10.

The Pennsylvania State University Athletic Conference (PSUAC) had nearly 70 student-athletes representing baseball and softball programs across the commonwealth receive recognition from the USCAA earning either All-American or National All-Academic honors.