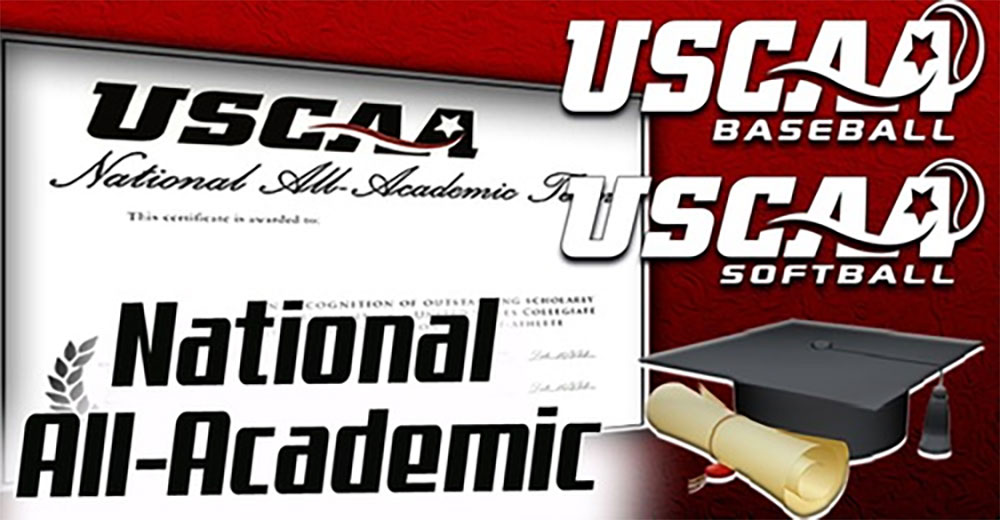 All student-athletes must have 24 or more credits on their USCAA transcripts and their cumulative grade point average must be a 3.50 or greater to be eligible for the recognition. A full list of the 2019 USCAA Softball National All-Academic Award winners can be found here.

Feaser, Fleshman, and Thomas all earned their respective bachelor’s degrees earlier this month after concluding their softball careers at Mont Alto. In 34 games this spring, Feaser hit .340 while driving in a career-high 17 RBIs. She served a utility role towards the end of the season rotating between shortstop and the outfield. For her outstanding efforts on the diamond, she also earned All-American Honorable Mention honors by the national governing body.

Fleshman graduated with a business degree as well as a minor in health policy and administration. She appeared in 35 games as a catcher for the Nittany Lions over the past two seasons. Junior outfielder Helayna Thomas completed her bachelor’s degree in Human Development and Family Studies in three years. She finished her career as a .269 hitter with 38 runs scored and 38 RBIs.

Meanwhile, Shaina Walker earned her associates degree in Forest Technology and was a member of the softball team for just the 2019 season. She appeared in 28 games for PSUMA and was used in the field only after suffering a finger injury after the Christendom doubleheader on April 3. Walker finished the season with a .325 batting average with six runs scored and four stolen bases.

The Pennsylvania State University Athletic Conference (PSUAC) had nearly 70 student-athletes representing baseball and softball programs across the commonwealth receive recognition from the USCAA earning either All-American or National All-Academic honors.

Mont Alto Men’s Soccer Kicks Off 2019 with a Victory

Volleyball Keeps Pace With Saturday Sweep of Cal U