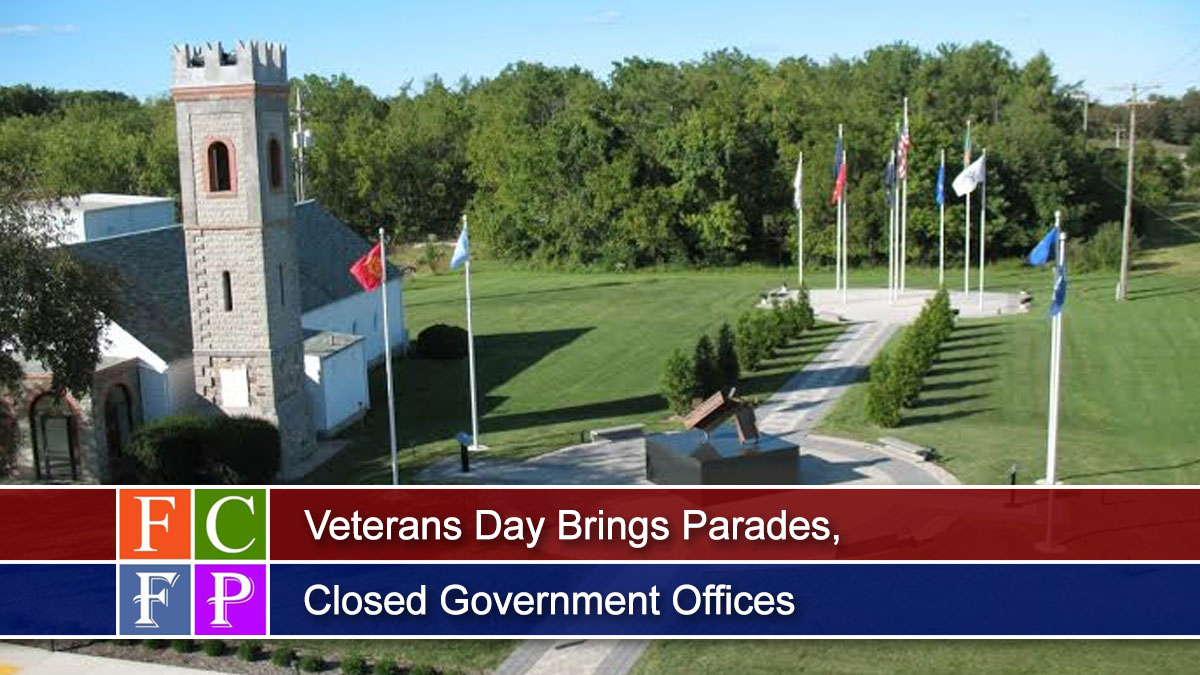 Veterans Day brings with it at least two parades on Monday and a memorial service tomorrow. The day also brings closure of all state, federal and local government offices.

Shippensburg’s Veterans Day parade starts at 2 p.m. Sunday, sponsored by the community’s Joint Veterans Council. It will begin at King and Prince streets and end at King and Morris Streets.

Keynote Speaker will be the 50th Commander of Letterkenny Army Depot, Colonel Gregory K. Gibbons, who will bring a Veterans Day Message.

Marcel Coates, on the Piano, will present special music throughout the Program and direct special musical selections by the Chambersburg Community Chorus.

The Chapel Service concludes with a rifle salute and the playing of Taps by the Charles Nitterhouse VFW Post 1599 Honor Guard, as a final tribute to those Veterans who have, and continue to Go Daily In Harms Way, and those whose lives were lost in service to our nation.

MONT ALTO, Pa.— Retired Brig. Gen. Wilbur Wolf III will serve as the keynote speaker during the Penn State Mont Alto Veterans Day Celebration at noon on Nov. 11, 2019. Wolf served in uniform for more than 32 years, including 10 years of active duty in the U.S. Army and 22 years in the National Guard.

The event on the campus at the Veterans Memorial on the front side of Conklin Hall will be held rain or shine. It is handicap accessible, and the public is welcome to attend free of charge.

Public parking is available across from the University’s Multipurpose Activities Center (MAC) near the campus entrance.

Wolf retired from the position of Pennsylvania National Guard director of joint staff in 2016. Throughout his career, he served in a variety of command and staff assignments in the National Guard and on active duty as an infantry, military intelligence, and aviation officer. Some significant posts include deputy commanding general for maneuver of the 28th Infantry Division, commander of the 55th Heavy Brigade Combat Team, and commander of the 628th Military Intelligence Battalion. His assignments, deployments, and temporary duty locations included more than 25 states and 15 countries.

He holds master’s degrees from the U.S. Army War College and the University of Southern California. He earned his bachelor’s degree from West Virginia University.

His father, the late Wilbur E. Wolf Jr., was a graduate of the Penn State University School of Forestry, now Penn State Mont Alto. He was also a veteran of the U.S. Army from which he resigned at the rank of captain in 1964. He unexpectedly died in January 2019, while serving as the Big Spring School District board president – a position he held for several years.

The SVA, an engaged and active club at the Mont Alto campus, sponsors the celebration. SVA members raised money to construct the Penn State Mont Alto Veterans Memorial that was dedicated on Sept. 11, 2012.

A Veterans Day Parade is in the works in downtown Chambersburg on Monday, sponsored by the Cumberland Valley 21-Day Retreat Organization. It starts at 10:15 a.m. and lasts until 11:30 a.m. the parade route runs from Fifth Avenue, moving west down Lincoln Way to Memorial Square.

Sam Worley, one of Franklin County’s few living World War II veterans, will be the honorary parade marshal. Woriley is a former Franklin County commissioner, Chambersburg councilman and served once as the town’s mayor.

Letterkenny Army Depot Commander Col. Gregory Gibbons will be a guest speaker for the ceremony on the town square. The ceremony always includes a color guard ceremony and laying of a wreath on the south side of the fountain in the center of the square.

Should it rain (or snow) the ceremony will move to the Vietnam Veterans Post 41 at 571 S. Main St.

PennDOT’s full-service center in Harrisburg and all of its driver license and photo centers will be closed Saturday, Nov. 9, through Monday, Nov. 11, for Veterans Day.

Customers may still obtain a variety of driver and vehicle products and services, including all forms, publications and driver training manuals, online through PennDOT’s Driver and Vehicle Services website, dmv.pa.gov.

Vicky Taylor - May 15, 2020 0
Pets find themselves homeless for a wide variety of reasons, in need of a new home and a second chance. So if you are looking for a new furry best friend, check out the shelter’s many residents. Any of them would make a great pet and wonderful companion.

Meet Ducky and Disco, CVAS pets of the week