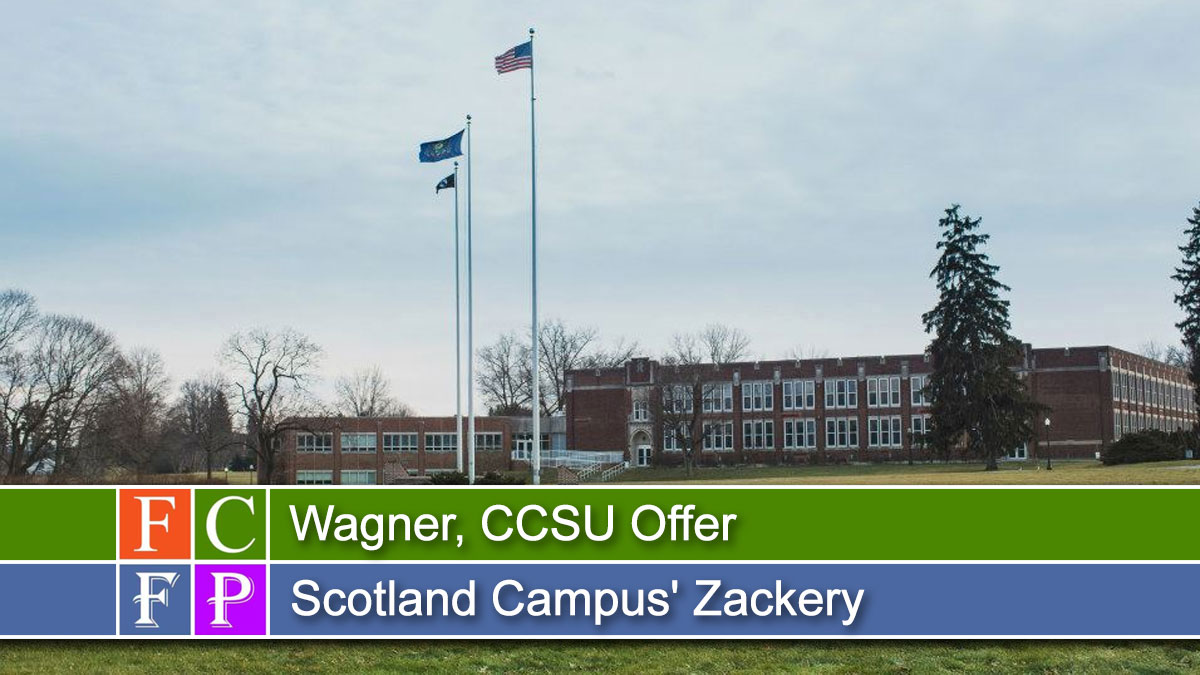 Zackery played with wowing poise, hitting a bevy of big shots during the Knights’ two games at the Prep National Showcase in Connecticut this week.

As a result, Zackery garnered a pair of full Division-1 scholarships from Wagner and Central Connecticut State University–both in the Northeast Conference. Loyola Chicago, which catapulted to national prominence when they earned a berth in the 2018 Final Four, is also in active pursuit of Zackery.

Zackery had 13 first half points on the strength of a 3-pointer, a traditional 3-point play, and a nifty stepback jumper en route to a thorough 101-69 pummeling of The Patrick School of New Jersey.

Zackery handed out six assists during the Knights’ win over Woodstock Academy (CT) in the tournament. During the Knights’ loss to Hargrave Military Academy of Virginia, the kid they call “JZ” scored 19 points.

The University of California has also expressed interest in the bullish guard, who also has an offer from Coppin State.
The former Wisconsin State Point Guard of the Year, Zackery has thrived on some of the big stages Scotland’s national and exposure heavy schedule has to offer.

He scored 14 points and doled out seven assists against Texas A&M signee Hassan Diarra and Putnam Science back in November.

“I’m so proud of JZ,” explained Scotland Campus head coach Chris Chaney, who culminated the 2019-20 campaign with a 40-4 record, a GAC regular season title and GAC tournament championship along with a third consecutive trip to the prep national tournament.

“He is the ultimate competitor and a winner in every sense. I’m extremely proud of his development and how coachable he is. He’s really left his mark on this program in becoming a leader.”

April 9, 2019
Thanks for subscribing! Please check your email for further instructions.