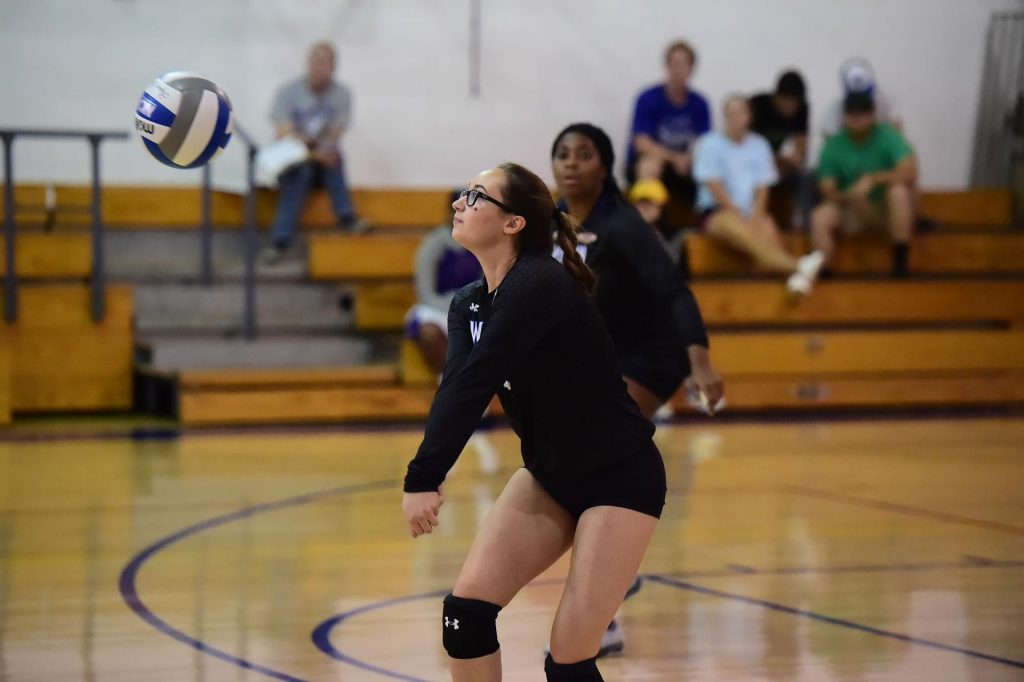 The Warriors toppled Wilson College’s volleyball team by taking all three sets of a non-conference match-up Tuesday at Wilson’s Gannett Memorial Field House. The Lycoming College Warriors (6-9) topped the Phoenix (0-7) by a score of 3-0 with set scores of 25-15, 26-24, and 25-18.

After a slow start in the first set that saw the Warriors jump out to a 7-2 lead, the Phoenix scored four straight points, highlighted by a kill by senior Tioleaoauli Posiulai (Waipahu, HI., University Laboratory School) and an ace by senior Tia Jones (Springfield, VA., Lake Braddock) to make the score 7-6.

During the second set, the Warriors grabbed an early 11-3 advantage, but the Phoenix came roaring back. Kills by Eigen-Zucchi, Jones and freshman Deah Menedis (Reisterstown, MD, Franklin High), sparked a Phoenix run that saw the team pull within 18-15. Later in the set, back-to-back service aces by Menedis brought the Phoenix closer at 21-19.

An ace by Eigen-Zucchi and a kill by freshman Sage Lague (Fairplay, MD, Goretti) evened the score at 22-22. The Phoenix were on the verge of taking the second set with a 24-23 lead. Then the Warriors recorded a pair of kills and took advantage of an attack error by the Phoenix to claim the 26-24 win.

The battle continued in the third set as kills by Eigen-Zucchi and Lague, coupled with back-to-back kills by Jones, pushed the Phoenix out to a 5-1 lead. After the Warriors knotted things up at 5-5, the Phoenix used a 5-2 run to take a 10-7 lead.

The two teams continued to play close; neither could pull away from the other until back-to-back aces by Jones put the Phoenix ahead 18-16. Then a combination of errors by the Phoenix and timely kills by the Warriors saw the visitors rattle off the final nine points en route to the 25-18 victory in set 3.

Wilson will be back on the court on Thursday at home as the team opens Colonial States Athletic Conference play versus Cedar Crest at 7 p.m.